I was sitting around on Saturday lunchtime and I asked the bride what we were are doing for the rest of the day as I don’t really think to much about the weekends unless I have work to do on the house, I knew we had something on and I found out that we were gong on the City Hopper boat ride, so taking the kids out for an afternoon in Brisbane City.

So after lunch, we piled the kids into the car and headed off to the city at about 1.30 pm.

I did a little research about the City Hopper before we left Googling “City Hopper Timetable” first to see when they leave and also after I found the website, finding out where the City Hopper leaves from. 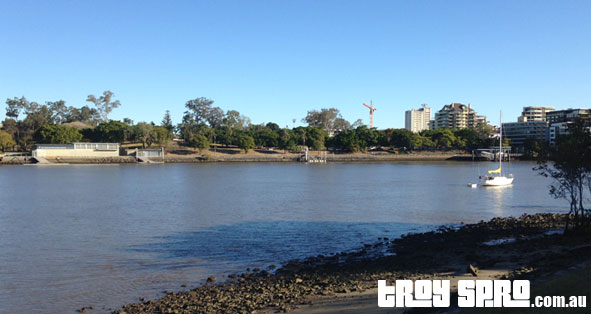 Looking on the Brisbane City Council website I found all the information needed and the Sydney Street Ferry Terminal in New Farm was the best place for us to catch the City Hopper this afternoon.

The City Topper Timetable is on the council’s website too and leaves Sydney Street every half hour from 6 am through to 11.30 pm, so a long day if you want it to be, we however were aiming for the 2.30 pm/3 pm time slot for departure. 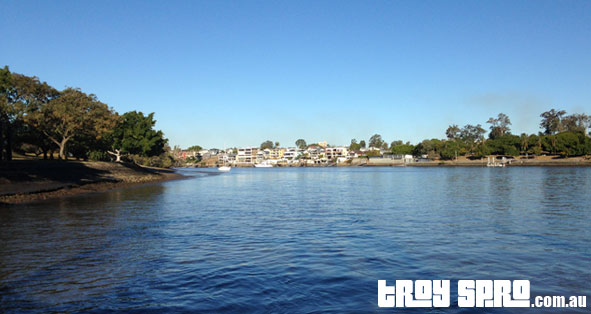 As anyone knows with 3 young kids, nothing goes to plan and so we missed the first one and went for a walk along the river bank while we waited for the next ferry to come in, as there is a walking path there.

The aim when the City Hopper showed up was to get on and ride right the way through to the Southbank Terminal, get off there and hang out in Southbank for a while and then come back. 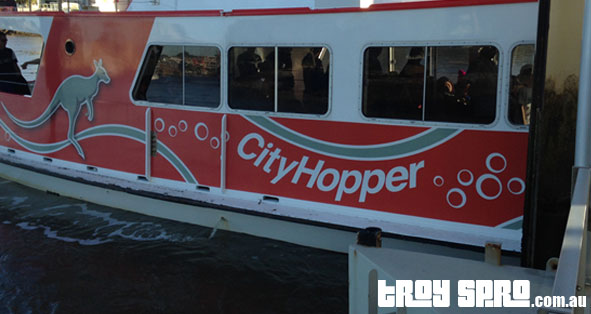 So our free, except for the petrol to get into the city, ride on the City Hopper had begun.

The trip takes you from the Sydney Street Ferry Terminal through to Dockside, Holman Street, Eagle Street Pier, Thornton Street, Maritime Museum, South Bank 3 and finally, the last stop if you are going into the city, North Quay terminal.

You can take a pram onboard too, we hopped on and headed down the back of the Hopper. 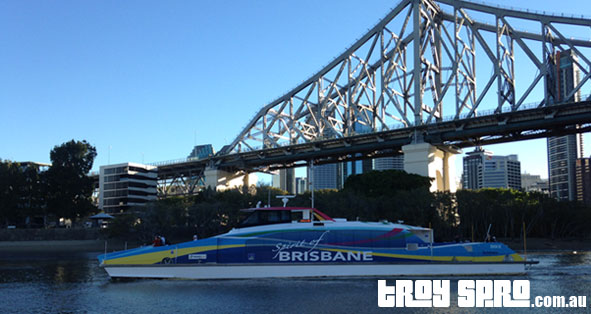 City Cat races past us as we approach the Story Bridge

There are seats inside the ferry which are sheltered and when you head down the back there is one bench seat and the stairs to go up onto the top deck.

The top deck can only seat so many people with no standing allowed, so another great point about boarding at Sydney Street is that not only you get easy parking and a longer ride, you also get the City Hopper with not too many people on it, so you have a better chance of getting a seat up top. 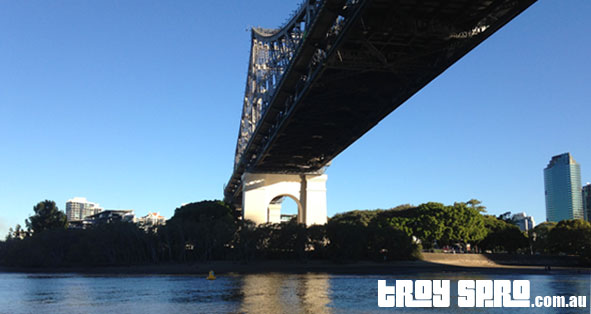 The trip to Southbank involves a few stops and starts until you get there, but I have to tell you from a person who has lived in Brisbane for a while and never been on the river except for once when I was playing in a band, it is truly a great trip on the Brisbane river and gives you a great and different view of the city we live in.

I’m sure you would get some amazing photos if you were a photographer, I just snapped a few with my phone on the way around, and so imagine the shots you would get with a good camera. 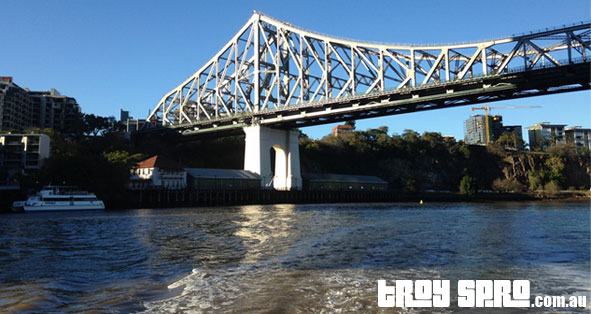 Through the Story Bridge on the City Hopper

As you can see above and below, you get some great views of the Story Bridge from all angles.

You can go to the park underneath the Story Bridge but it can’t beat being on the City Hopper going under it. 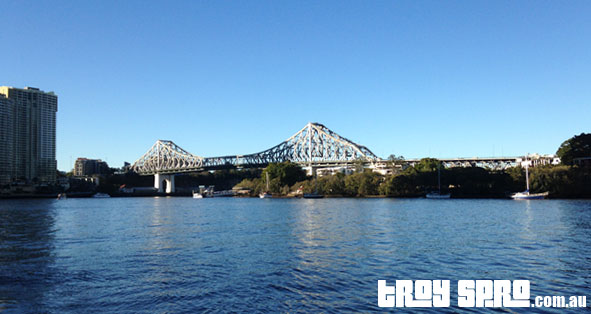 Leaving the Story Bridge Behind

I’ll put some more pictures up soon as we were on the Hopper for most of the afternoon and then caught it back in the evening, which I got even more pictures then which are awesome with all the lights and the full moon too.

So come back and have a look. 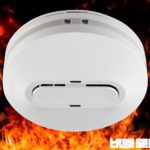 There is nothing more annoying in the middle of the night than beeping smoke alarms. Some call it chirping, I still call it beeping. I have had a few of these offenders interrupting my sleep over … END_OF_DOCUMENT_TOKEN_TO_BE_REPLACED 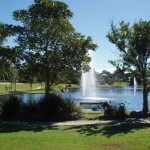 On the Northside of Brisbane, where I currently live and also just down the road from me is Centenary Park, which is nestled on the cusp of Morayfield too. It is a big park with plenty to do for … END_OF_DOCUMENT_TOKEN_TO_BE_REPLACED