This is the last lot of photos I have of our Brisbane G20 experience.

We made our way through the top end of Queen Street Mall in front of the casino, this is where you look towards Southbank and what is beyond the Victoria Bridge.

The Victoria Bridge is a pedestrian and motor vehicle bridge that crosses the Brisbane River and was opened in 1969.

Now it was being walked by us. 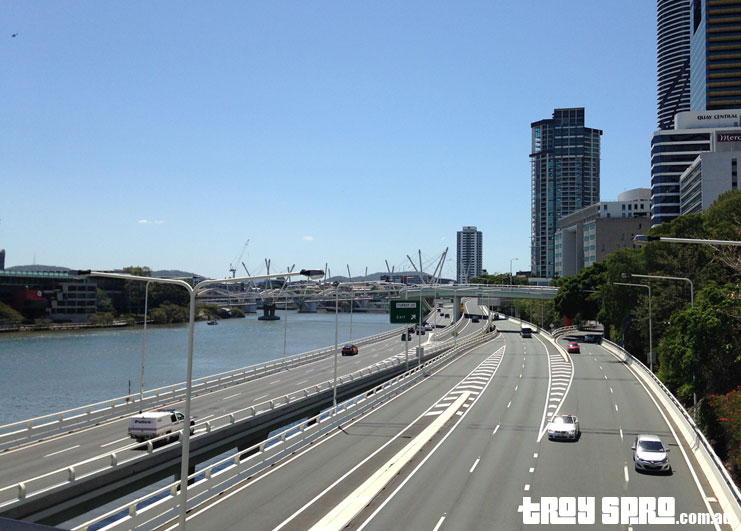 You may notice in the first picture of the bridge above there is a helicopter in the top left hand corner.

This was a Police helicopter that was hovering around pretty much the whole time we were in the city.

Take not too, as we were walking across the Victoria Bridge the lack of traffic on the Captain Cook Bridge in both directions.

It was like this for the whole time we were in that area and it was an eerie feeling. 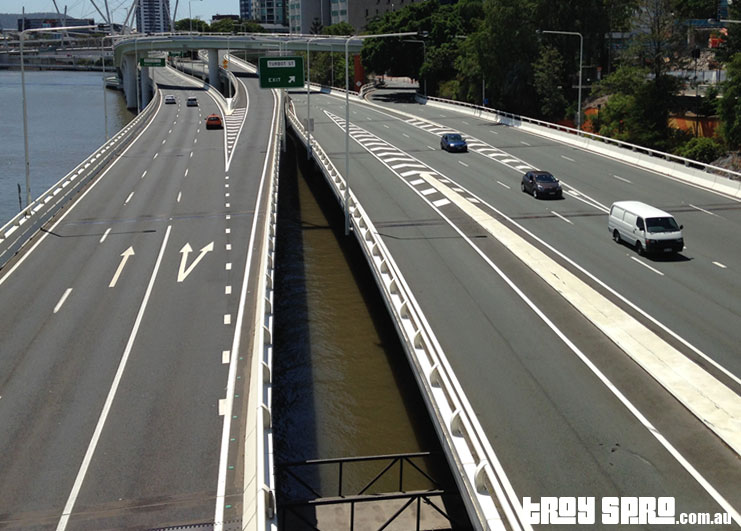 Looking north still at the traffic on the Captain Cook Bridge

As I said above the lack of traffic is pretty weird, I’m sure the six vehicles in the picture above on the Captain Cook Bridge will agree with me too.

The Story Bridge was called the Jubilee Bridge until it opened in 1940.

So the good people of Brisbane, prior to the Brisbane G20 and also prior to the Captain Cook Bridge use to have to cross the river and head south or go around the city and go across the Story Bridge to get to the south side of the city.

I’ll have to do a bit more investigating I think as I have read there was a few more other bridges around during the 1900’s and earlier.

I’ll write about it as I find out. 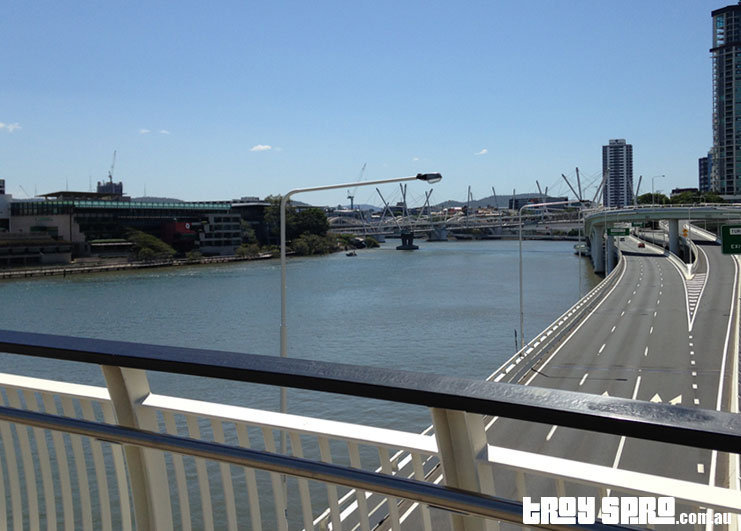 These pictures are from the Victoria Bridge looking both ways. 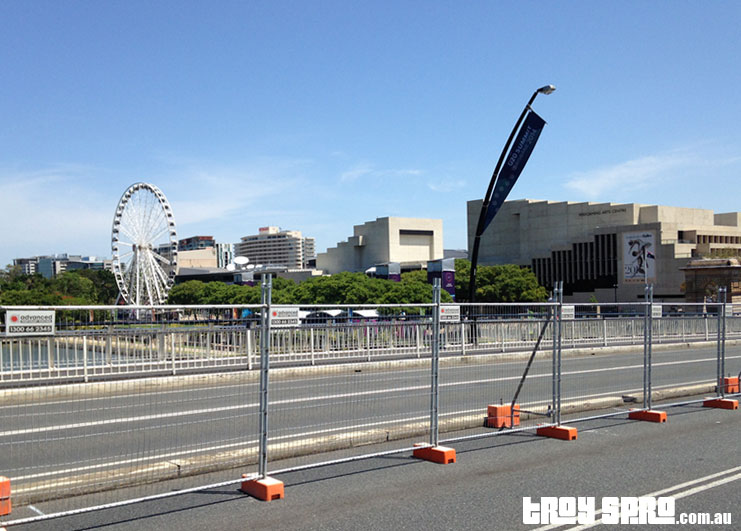 Looking south now towards The Wheel of Brisbane

The view looking across to The Wheel of Brisbane and The Queensland Performing Arts Centre which has the Lyric Theatre in it where we saw The Black Diggers a while back. 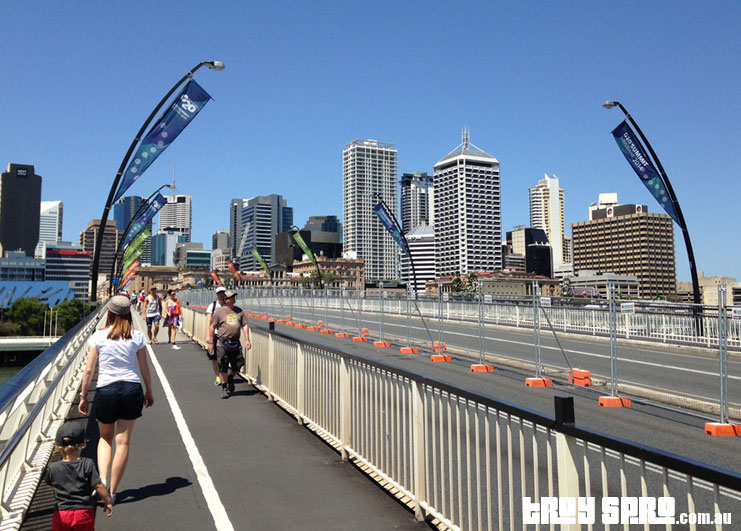 The view from the Victoria Bridge looking back towards Brisbane City

The last walk back across the Victoria Bridge for us on this G20 Brisbane adventure.

Walking across this bridge looking back at Brisbane City you realise our city is so small compared to others around the world.

But I guess that is what makes Brisbane unique. 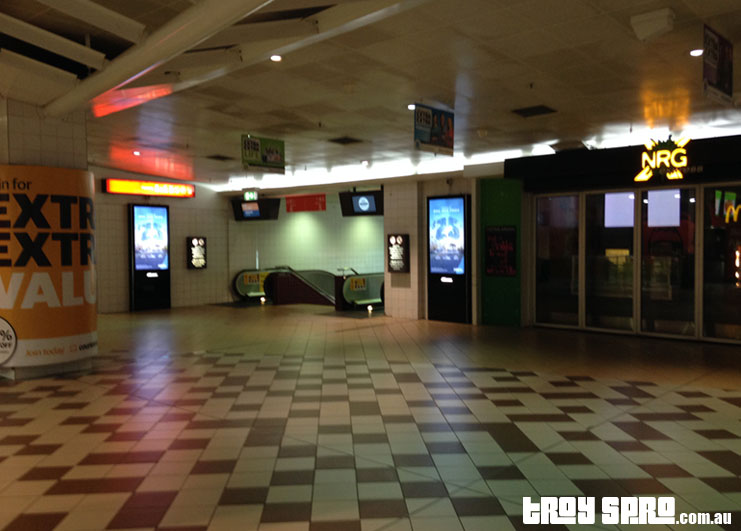 Above is the amount of people that were in Brisbane Central Station catching a train when we did.

Not many, if any.

There were a few people behind this shot in the MacDonalds having something to eat, but other than that seeing other people was a rarity most of the time in numbers. 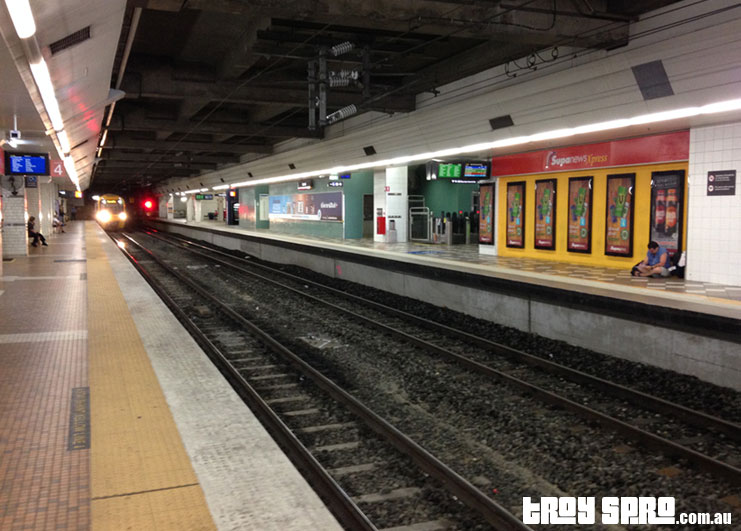 Waiting for a train at Central Station at Brisbane G20

So there you have the last picture in the series from our trip into the Brisbane G20.

Was it worth it? Travelling by train into the city to say we were part of the Brisbane G20?

I’d say yes, we became a tiny part of G20 history and we can say, Yes, we remember that and we were there.

Keep an eye out for our, or my next adventure here or if you missed the the picture up until now, just hit the link below and it will take you back to the start.

You can go back to the start of my G20 pictures here, G20 Brisbane Summit. 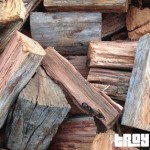 To buy firewood in Brisbane and specifically on the Northside of Brisbane, you would think would be a relatively easy'ish task. You have the money, you have a fireplace, you have the want, the need … END_OF_DOCUMENT_TOKEN_TO_BE_REPLACED 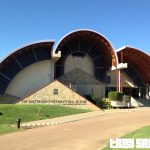 The Australian Stockmans Hall of Fame and the Outback Stockmans Show are one part of the Longreach experiences we are doing today on our Outback Queensland Road Trip. I was going to put the whole day … END_OF_DOCUMENT_TOKEN_TO_BE_REPLACED