How can you travel to Ho Chi Minh and not go and see the War Remnants Museum?

It is ranked up there in the top places to visit when you are in Ho Chi Minh and it was second on our list of things to see after The Independence Palace.

As we have children we always plan to get to the places we visit in the afternoon.

This is because it is hard to organise them so we can maximise our times at the places we see.

So we headed into the city by bus with the same plan as last time, getting to the museum for the afternoon session.

The Remnants Museum opening times are below for you if you need them. 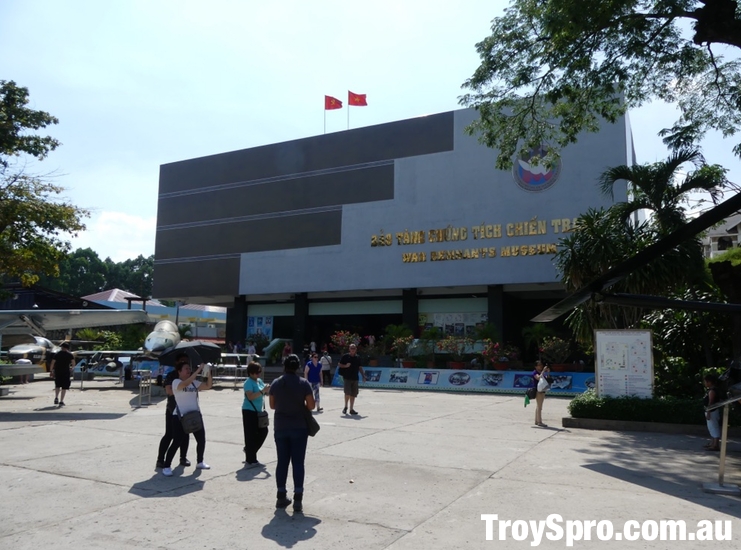 We looked around the area first to see if there were places to eat lunch and in true Ho Chi Minh fashion, there were plenty of course!

We found and walked to a restaurant called Khoai.

Great food, fresh and they had a pretty good selection of vegetarian dishes for us too.

So with full bellies, thirst quenched and also cool from being in the air conditioning we set off to have a look through the War Remnants Museum in the heart of Ho Chi Minh City.

I started filming walking to the War Remnants Museum as the traffic was really bad.

You can see the video on my YouTube Channel, basically I was walking along and getting over taken by an Ambulance every 30 seconds or so when the traffic surged.

The emergency services in Ho Chi Minh certainly do it tough in peak hour traffic. 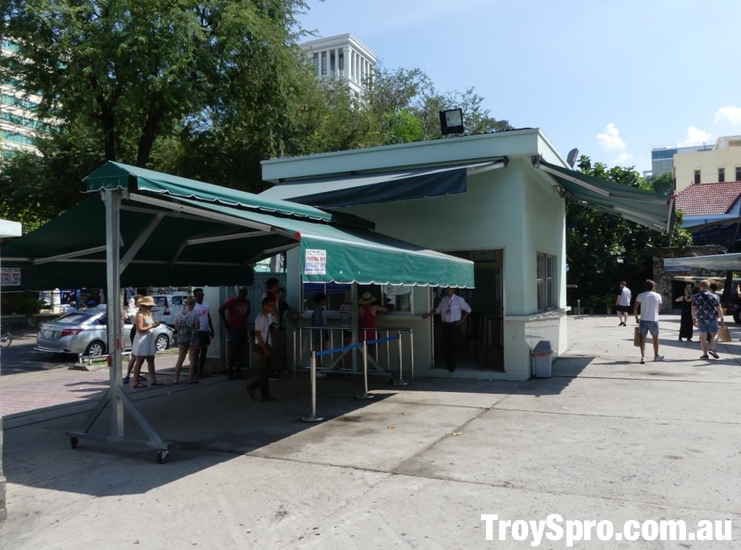 I had read a bit about this museum leading into us leaving and I kind of knew what to expect.

But until you get there and see the displays and photographs yourself you don’t know how you will react.

We paid for our tickets at the ticket office at the entrance (ticket prices are below) and started to have a look around outside.

The War Remnants Museum was opened on September 4th 1975 and has gone through numerous name changes over the years.

There is plenty to look at around the outside of the War Remnants Museum before you head into the Prison System Display and the main building.

Tanks, a flame thrower tank, many aircraft including jet fighters, two helicopters, a bulldozer, guns, different types of bombs and even a seal team assault boat as you will see in the video above.

Also there is a Highland Coffee shop onsite, you will see it at the very end of the video.

We didn’t eat there or indulge in getting a coffee but it was pretty full both of the times I walked past it. 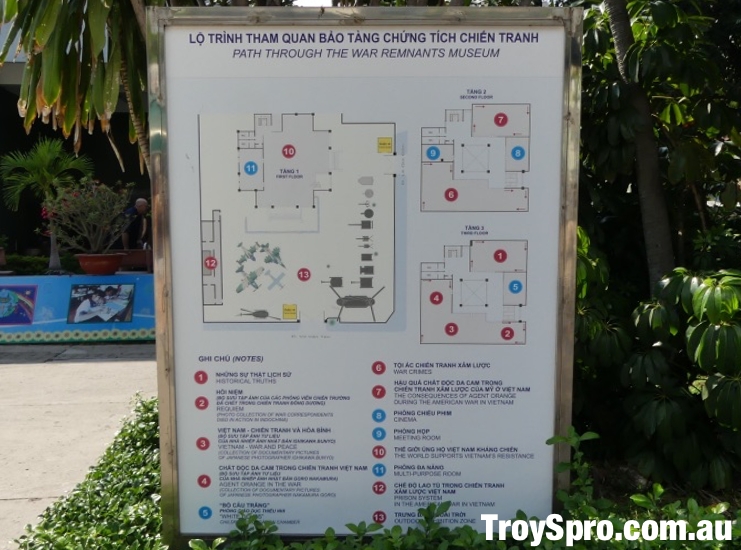 What you will see at the War Remnants Museum

What you see in the War Remnants Museum

The sign in the photo above lets you know the displays at the War Remnants Museum.

As you will read and figure out from the titles, it is pretty full on.

You can easily look at all of the displays outside taking in the helicopters and tanks etc before heading through to the Prison System display.

Then you have finished outside and can enjoy the air conditioning inside for a while then. 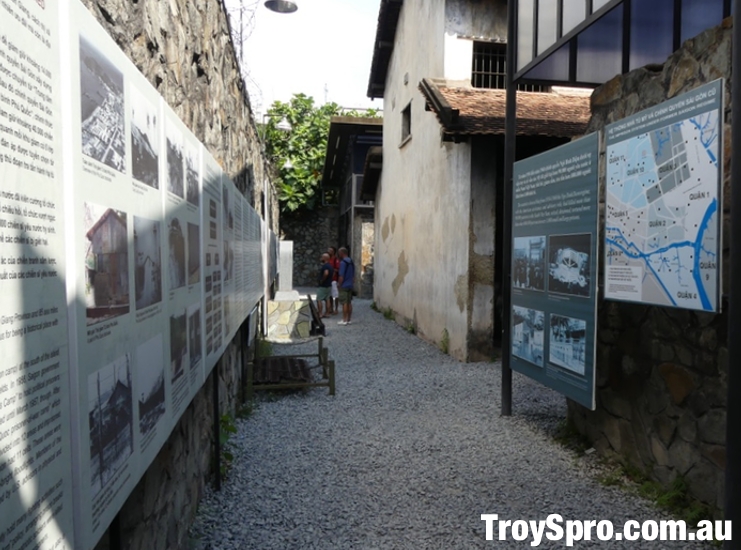 The first display we entered was the Prison System Display which is located outside of the main building.

This display includes artefacts from the prisons on Phu Quoc and Con Son Islands and also lots more information to read about prisoners and prison systems that have existed over the years.

There is a guillotine, tiger cages, also cell displays to look at and also plenty to read. 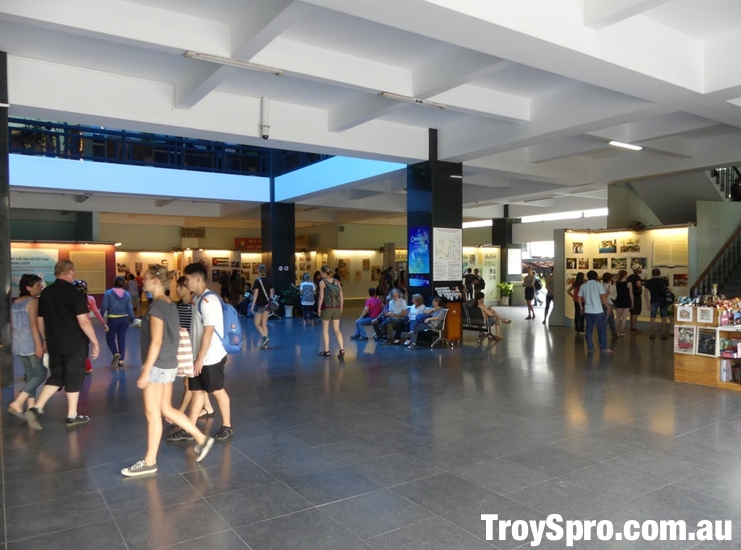 Main Foyer of the Museum

After having a look around outside you can head into the main building to see the first of many different areas.

The ground floor has a Multi-Purpose room that has different themes running in it throughout the year.

The main display for the ground floor is “The World Supports Vietnam’s Resistance”.

This takes up most of the room and is a collection of posters, photographs and other items from around the world in support of Vietnam during the war.

Also on the ground floor is a craft shop that sells goods from the victims of Agent Orange.

After looking through this floor we headed up stairs.

There are lifts here too, so if you can’t make it up the stairs you can get into the main building easily and also up to the displays easily as well.

The first floor is where the displays start to get a bit heavier on the heart.

On this floor you will see the “War Crimes” display and also the “Agent Orange in the War” display.

I won’t go into much detail here as you have to see it for yourself when you visit both sections.

There is a fair bit to take in and most of the displays and photographs have English translations underneath the Vietnamese.

The second floor’s main display consists of war photography from photographers that have died in Vietnam and Indochina.

There are also a few more exhibitions that cover Historical Truths, War and Peace, and Agent Orange in the War.

There are some pretty confronting photographs in these collections too.

As per the above, I won’t go into much detail so you can see it for yourself when you visit. 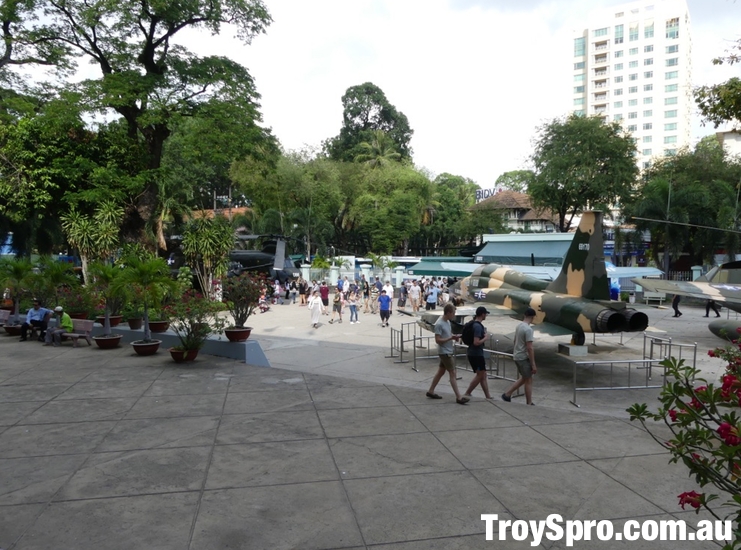 So we finished looking through the displays on the top floor and started the walk down the stairs.

There are displays on the first floor, one where you can look at and book for the shows at the Saigon Opera House or as it called the Municipal Theatre Ho Chi Minh.

We have been to one of the shows there recently so I will be writing about that experience too.

The museum was still pretty full by the end of the day and there were quite a few people leaving at the same time as us.

We hung around outside for a little while making the standard toilet stops before our bus trip home.

You can’t really get the vision of the photographs and the stories out of your head for a long time after leaving the War Remnants Museum.

Like I have said above, it didn’t feel right taking photos or video in the displays inside.

Everyone is different though and you will have your own experience here.

Below is the address for you and also the link to Google Maps if you are struggling to find it.

I’d like to say enjoy it, but it is probably better to say make sure you visit it.

There are other discounts for entry for Students, Armed Forces, Veterans and Senior Officials of the Revolution it says on the War Remnants Museum website. 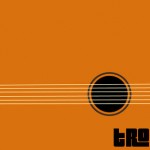 The acoustic guitar is a holy bodied instrument which can come in a couple of basic varieties and has been used now for over a thousand years. There are generally two types of acoustic, the steel … END_OF_DOCUMENT_TOKEN_TO_BE_REPLACED 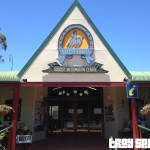 We were up reasonably early for the next part of our trip and today we had decided to drive to Roma taking in Chinchilla and Miles on the way. We loaded up the car, booked out of The Drovers Inn and … END_OF_DOCUMENT_TOKEN_TO_BE_REPLACED