Here is the third in my series of pictures when I went to the Costco North Lakes opening day last Thursday in the evening.

Since these pictures we have been back again as I didn’t buy anything on the first trip in, although I wanted to. 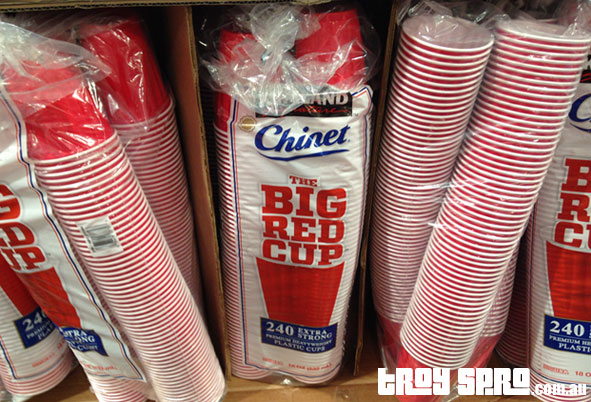 The big red cups were in big supply too and also very popular, as everybody knows there ain’t a party without a red cup party and these are perfect for parties and were in most shopping trolleys that went past.

For those that don’t know red cups have been popular overseas for a long time and can be seen in a lot of music videos where there is a party going on and I haven’t seen a place where you can buy a big red cup in Australia all the time.

Now I have and I can sleep again. 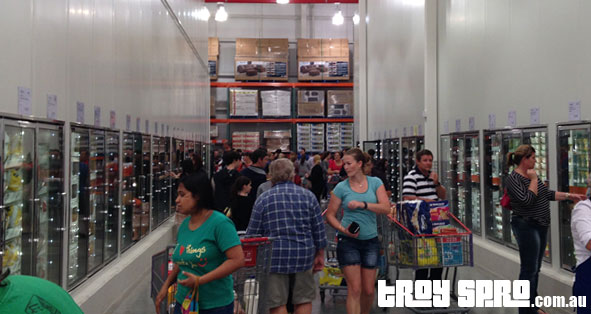 These above are the floor to ceiling freezers and chillers on the far side of North Lakes Costco when you walk in, they have the cheese blocks, frozen food, yogurts and more in them.

If it is chilled or frozen and you want it, you will generally find it in the big line of freezer units. 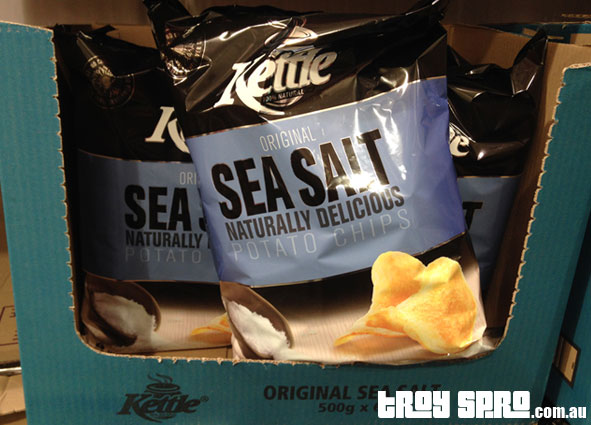 Now just behind the freezer units is something I haven’t seen before and as a chip lover for many, many years it gave me great delight to see the packets of chips they have here at Costco.

If you look at the bottom by the logo you will notice something that makes these chips at Costco look like nothing else when you go to other supermarkets in the area, the size.

500g means these chip packets are twice or three times the size of the normal packet at the shops and they look very  big and cool, so much so you just can’t take your eyes off them.

Although the range of the monster chips isn’t vast, they do cover a few brands and also flavours and yes, there is a half kilogram Cheezel size here at Costco, so rather than the few handfuls and it’s over of the small box you get at the moment you can savior the Cheezel over a larger bag.

Remember to take responsibility of what you eat though as I was talking about it with the bride that if you are a person that can usually demolish a normal bag of chips during a football game that this increase in size can be dangerous for you and your waistline, so eat responsibly please. 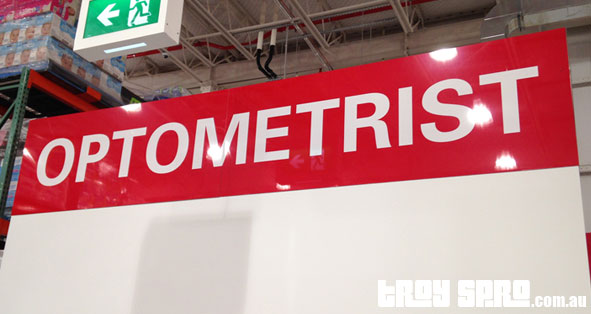 After the freezer section and lots more shelves of everything imaginable there is the Optometrist and Hearing Aid Centre section at Costco North Lakes.

I have seen a few people on Facebook asking if the Brisbane Costco would have these and they do. 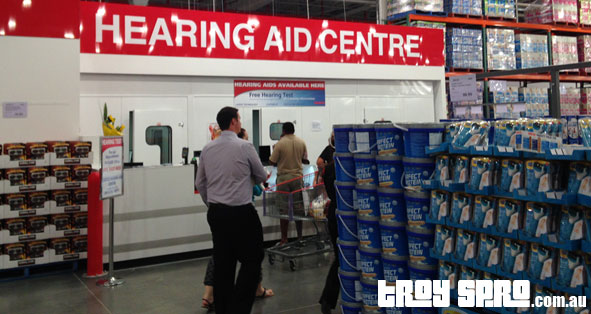 Below is a snap shot of the vitamins isle, there is a whole section in front of the Optometrist and Hearing Aid Centre that has the normal things you would find in this section in a normal supermarket, so vitamins / minerals, fish oils, razors, shaving cream, nappies, baby food, protein powder, protein bars, weight loss section and more. 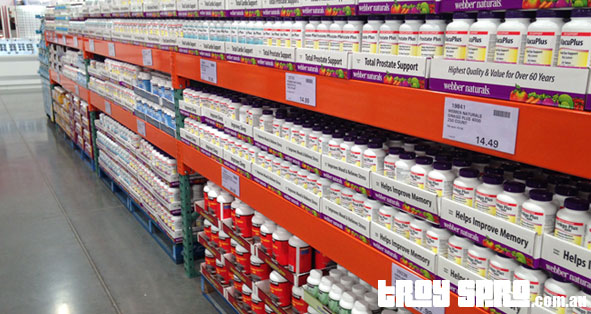 As you can tell through the pictures I have taken, Costco at North Lakes is a huge place and also I’d say a huge operation to keep running, clean and stocked too.

I still have quite a few more pictures to put up about the Costco North Lakes opening, so keep an eye out as I put them up in the coming days here. 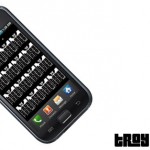 The phone calls from 08 6228 4010 have started to come in thick and fast on our mobile phone and home phone too. We have recently moved up north a bit and had to change our utilities. This meant a … END_OF_DOCUMENT_TOKEN_TO_BE_REPLACED 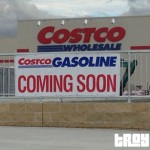 I have been away for work and all the action has taken place while I have been away, I still haven't had an email of confirmation about the opening, but it has been announced elsewhere that the … END_OF_DOCUMENT_TOKEN_TO_BE_REPLACED