I finally got to see Darren Hanlon live here in Biloela as part of his April Sun in QLD (and Nothern NSW) Tour.

I have been a fan of his music since I heard “Punk’s Not Dead” on Triple J a fair while ago now.

I have been keeping an eye on his career but never really had a chance to see Darren Hanlon live until now, in an RSL, in Biloela. 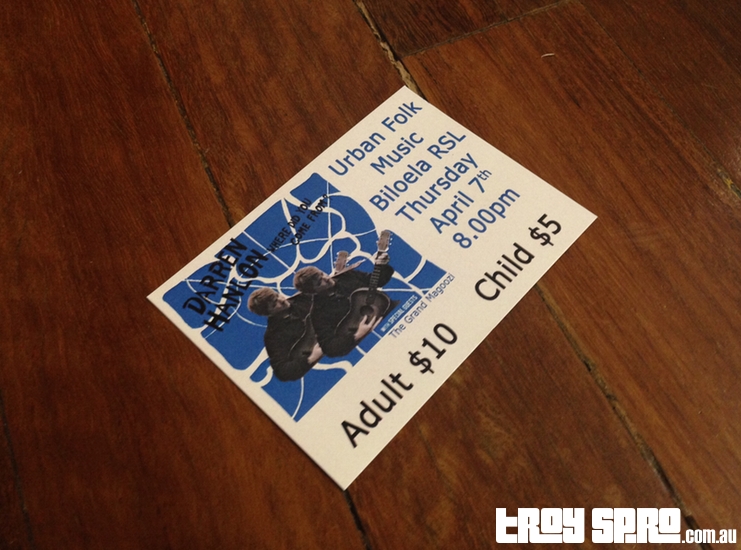 The gig was organised by a local here ( Grant ) and you could buy tickets through the local florist in town as well as online.

It was also an all ages gig too, so I took along one of our kids who has a big interest in music too. 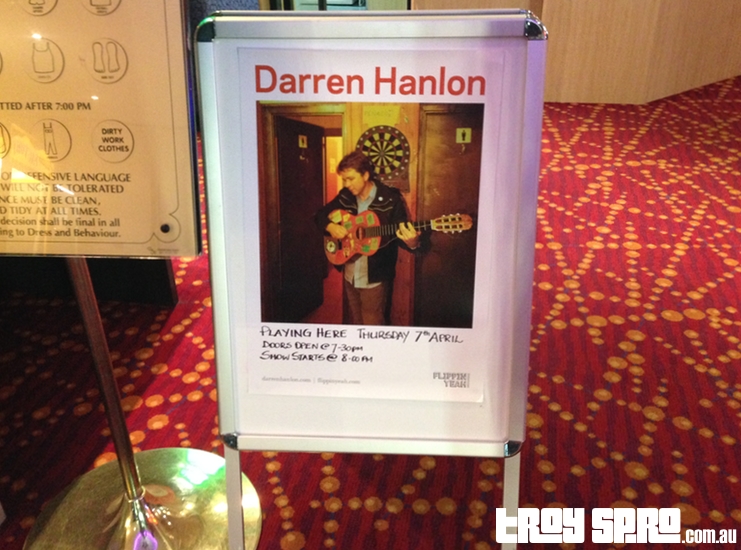 We arrived a little early to get some good seats at the front.

I’m glad we did, it was perfect for getting photos and also some live concert footage of Darren and The Big Magoozi too.

Here below is the stage setup for the night.

The Big Magoozi started and after a few minor technical hitches they belted out their set.

I think it was a dirty pot on the control on the PA rather than the microphone leads, that was just a guess from me sitting on the sidelines.

I have my old PA for sale at the moment and have had to twiddle the knobs to get the dirt out of the pots, it takes a while and it sounded like the same problem to me. 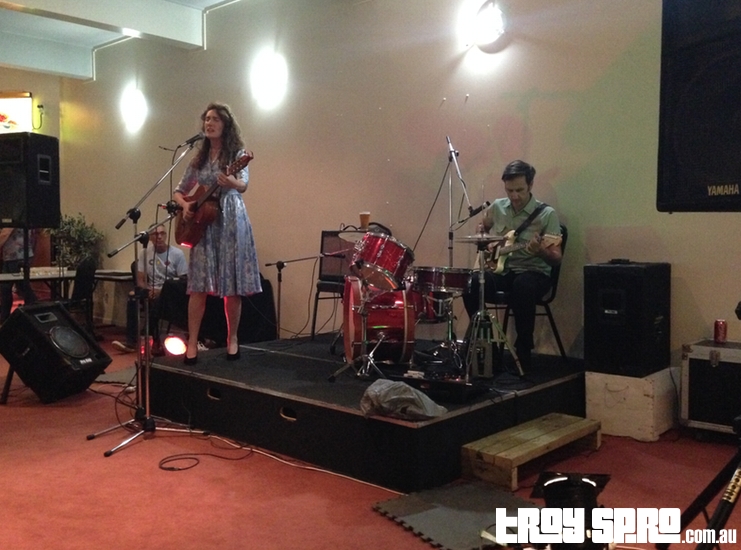 This act is the non de plume of Melbourne songstress Susie Scurry and I think, depending on the venue etc, she gets people in to perform her songs with her.

Their songs were great, the voices, harmonies, and the musicianship was good too.

So they were a very good lead into the main act, and the reason why the room was packed.

All there to see the Gympie, Queensland, and Australian music icon, Darren Hanlon. 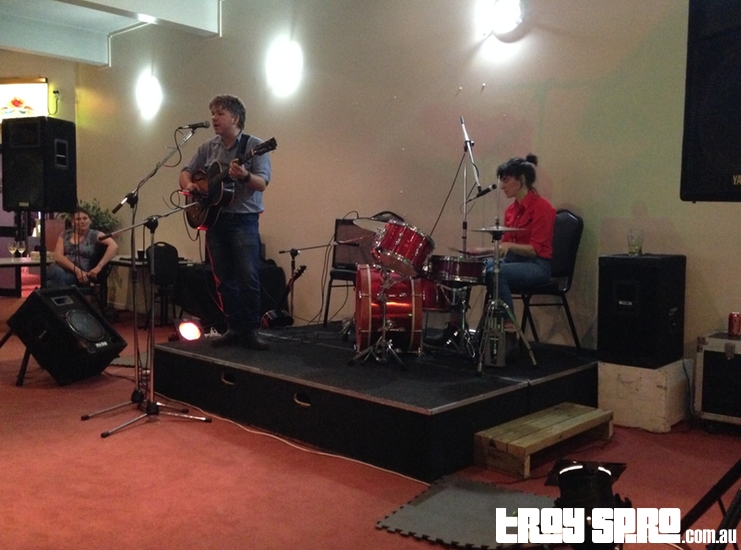 Darren’s set was great too.

He was also playing as a two piece at times tonight with Steph Hughes on drums and vocals as well.

Steph also writes and performs her own songs, although we didn’t get to hear any tonight. 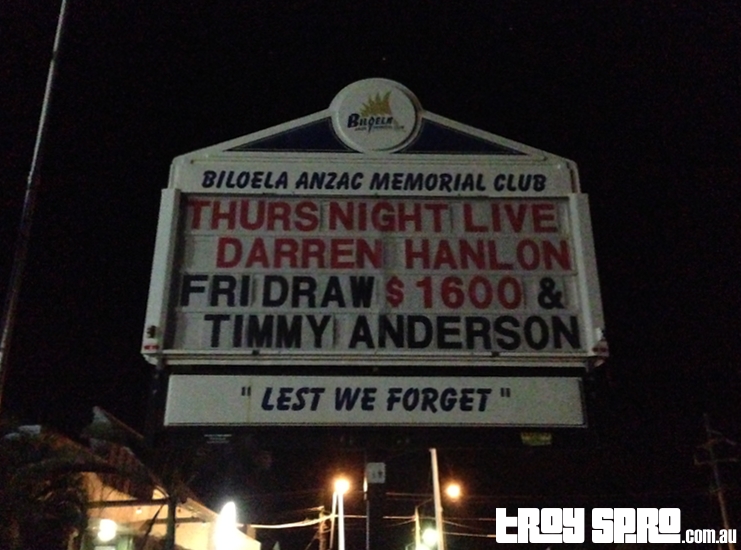 There were songs I had heard, and songs I hadn’t, and the encore finished with a Slim Dusty song.

Each song takes you on a journey it seems, and you wouldn’t want it any different.

We were treated to both musicians being on stage through the night and also Darren performing by himself.

A magic night out, and I’m glad I could take one of our kids along to enjoy their first live gig. 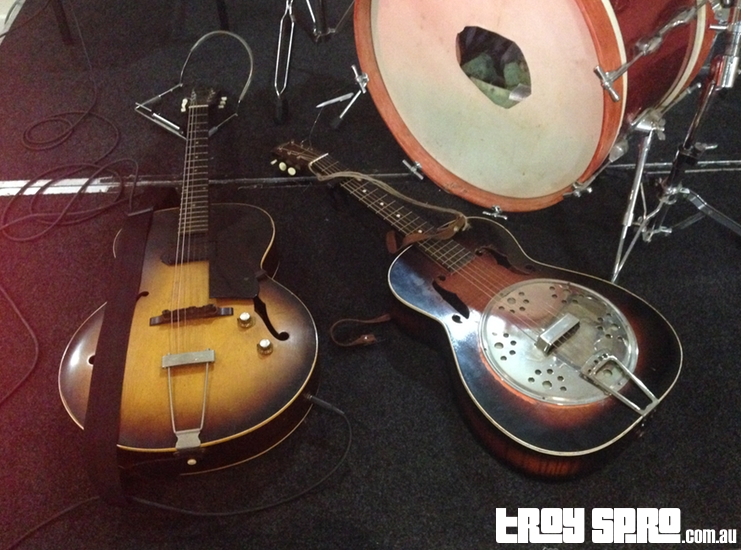 Now theres a life story for later on, my first live music gig was with my Dad seeing Darren Hanlon at the ANZAC Club RSL in Biloela.

It could almost be turned into a song itself, hopefully he returns back here one day. 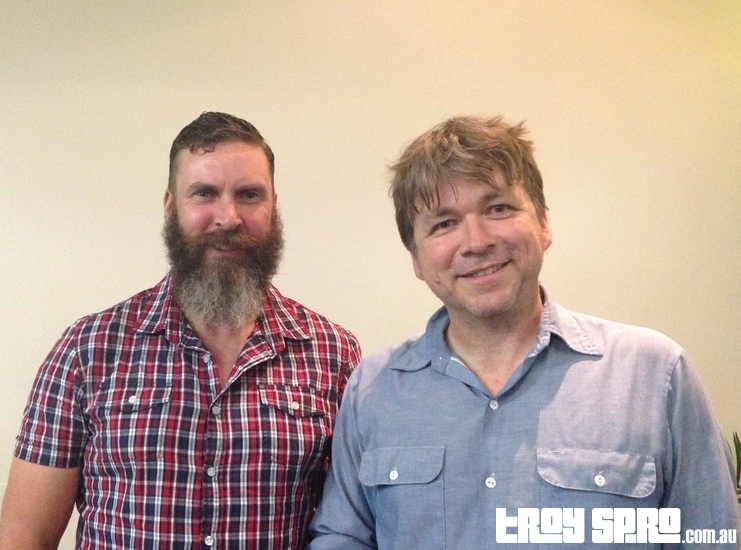 If you want to check out when Darren’s next gigs are or what he is up to, you can check it out here, Darren’s Facebook and Darren’s Website. 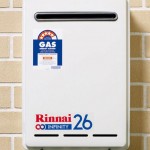 Upgrading your hot water system from what you have now, even if it isn’t gas or as we did from a gas pilot light system to a continuous gas hot water system, can be a hard decision and also, as we … END_OF_DOCUMENT_TOKEN_TO_BE_REPLACED 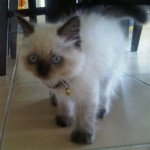 Sasha was our family cat, she was a ragdoll breed and very cuddly and good natured. She was missing for a few days and we were starting to get a bit worried and also looking for her in the mornings … END_OF_DOCUMENT_TOKEN_TO_BE_REPLACED