These Telstra scam phone calls are starting to get a little out of control.

I thought I’d write about the latest scam call I received from a man telling me he was from Telstra Corporation as the scam calls are starting to come through more and more recently.

I also thought I’d share the rough transcript from the phone call too as it ended up being pretty funny.

The phone rang and as I was working on the computer I answered straight away and due to the time I answered and the fact that not many people would our phone number let alone ringing at that particular time I made them wait a while before saying hello.

And what happened after that I am still chuckling to myself. 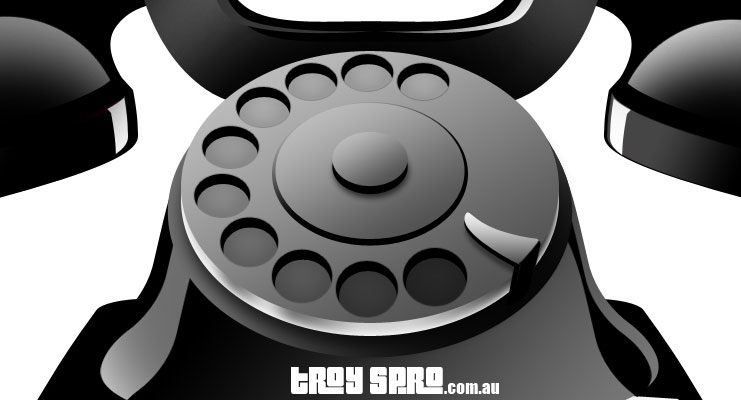 Don’t get caught out with the Telstra phone call scam

I’ll use “Me” for the parts obviously spoken by me and “Him, the Scammer” as the part spoken by a nice man in an overseas call centre that still manages to make thousands of calls to Australia every day and night trying to scam people but the Telco’s can’t trace, track them or stop them (Someone must be making money from the call charges).

Him, the Scammer – Hello Sir, I am from Telstra Corporation and I have some very bad news for you today

Me – Oh really, sorry where were you from again?

Him, the Scammer – Telstra Corporation and I have some bad news for you today about your internet

Me – Telstra Corporation, what’s the news am I going to be on Big Brother?

Him, the Scammer – No Sir your internet will be shutting down in a short while

Him, the Scammer – Sir, are you still there, your internet will be shutting down very soon

Me – That is fantastic news, the best news I have heard today

Him, the Scammer – “Insert long pause” But it will be getting shut down Sir

Me – Like I said that is fantastic news, the best news I’ve heard today, I’ll be able to get a lot of other things done instead of sitting on the computer

Him, the Scammer – “Insert long pause, probably looking for prompt on what to say when potential victim says it will be great news” I don’t understand Sir

Me – I was just saying this is fantastic news that my internet is going down, it means I can go and do a lot more other jobs and get a lot more done if I don’t have internet you know all the stuff I don’t get to do when the internet is working

The beeps at the end is when he decided to hang up, I am a bit disappointed that he did as he missed the best part of the call in the end and I was just starting to get settled into the call.

I was jotting down a few notes on the run and was just about to tell him, in minute detail, all the things I was planning to do when he cut off my internet very soon.

From what I have read about the Telstra scams around at the moment they will tell you Telstra is cutting off your internet very soon as your computer is infected and poses a threat to the Telstra phone network.

From there they will either ask for your credit card details to take a small fee for payment and also ask for you to install a program on your computer so their technician can have a look at it from remote access.

This gives them access to your credit card money and also your computer too all at the same time so don’t fall for it and don’t give them any information at all.

The lesson here is, you can have some fun with these guys as I did, but what they are doing is pretty serious and people in Australia are getting scammed everyday by the phone calls pretending to be Telstra.

If you think you have been scammed make sure you run your virus checker and don’t log into anything from your computer until it has been checked and cleared, next I would be ringing the bank to cancel the credit card and lastly would be going to the Scamwatch.gov.au website to see what more / else I have to do and also report the scam if needed.

These scams like the Telstra one will come and go and then they will be onto the next one that they think will make them money, I personally think in the end most people just won’t answer the phone from unknown numbers or will be very hesitant to talk to anyone on a home phone, that is if people still use home phones.

Feel free to use the script above if you do get any Telstra scam phone calls coming through, be safe and remember to not give out any information to anyone, if in doubt, just hang up.

Today we got another Telstra Scam Phone Call from a lady this time with the same accent as the above, so from outside Australia I’m guessing.

This is two times so far in two days I have answered at about the same time of the day.

This time though they were even worse at communicating what they wanted me to do with their phone scam.

Here is the script from today.

Her, the Scammer – Hello Sir, I am from Telstra Corporation, I am here to tell you your internet will be shut down

Her, the Scammer – Yes Sir, your internet will be shut down for six months

Me – That’s fantastic, really good news and good to hear, thank you for doing that for me today

I’m not sure if the command of English and reading was there to begin with but this was a lot worse than yesterdays effort and got straight to the point by telling me my internet will be shut down for 6 months.

She was definitely not interpreting her script at all very well and I’d say be struggling for sales today.

Anyway, just an update and we are going for three in a row tomorrow for the Telstra Phone Scam Calls Olympics.

I’ll keep you in the loop…. 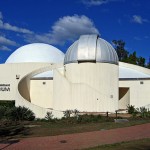 The Brisbane Botanic Gardens at Mount Coot-tha in Toowong area is a great place to lose a day with the kids or lose the kids, whatever you fancy. With about 52 hectare’s of gardens to explore it … END_OF_DOCUMENT_TOKEN_TO_BE_REPLACED 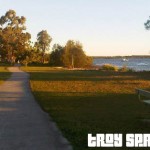 We went to the Cottonwood walk in Deception Bay on a sunny afternoon, not there for a picnic, more so just to get out in the open air and take the kids out. To most the deception in Deception Bay … END_OF_DOCUMENT_TOKEN_TO_BE_REPLACED