As I have written before I had signed up at the secondary temporary office for Costco North Lakes membership outside the construction site and all I had to do was pick up my card from the main membership office down by the North Lakes Westfield Shopping Centre.

I finally had enough time to do this the other day and this is what they look like, so now I am officially a Gold Star Member of Costco North Lakes.

You just walk in the temporary office, tell them your name and then show them your I.D and then they print a membership card out for you.

If you do sign up for a secondary card for your partner they have to pick this up themselves, so remember this if you are going down to pick yours up. 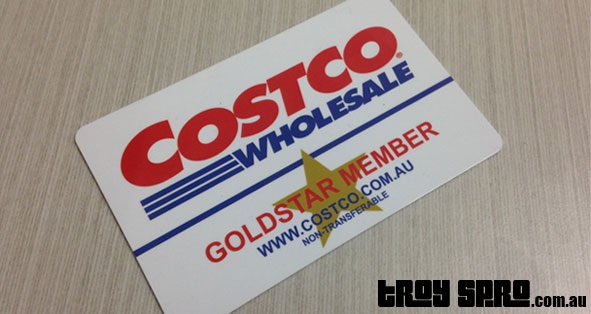 Also in other exciting news, I read online in the newspaper sites that the Costco North Lakes petrol station opens tomorrow morning, which is Thursday the 15th of May at 6am.

I also read you have to be a member and have a card already to get the cheaper petrol or gasoline (Whatever your preference is) as the 16 petrol pumps are prepaid and self serve.

They haven’t commented on what the pricing will be as yet or how competitive it will be but from reading elsewhere again they are generally 10 to 15 cents cheaper always than the surrounding petrol stations, time will tell on this front and I’m sure we will all hear about it if they are cheaper.

With the 2014 Budget delivered by the Government last night and it affecting petrol prices, any extra savings at the pump will be good, even if you do have to pay the yearly Costco fee I’m sure with the savings on the shopping and also on the petrol if you fill up there you will still end up ahead in the end. 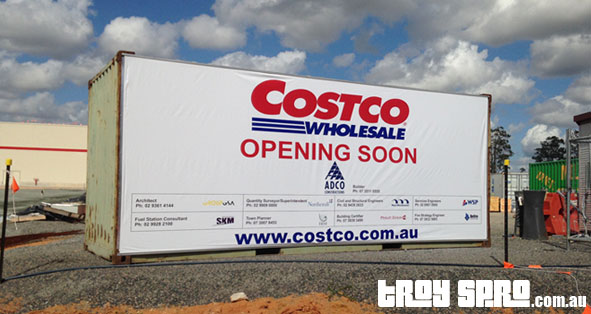 I’d say Costco will take the opportunity to sign up more members for the coming days outside the petrol station or in the warehouse itself as there certainly will be people going down there to buy petrol without being members and I’d imagine the bigger temporary office where I picked up my card above will probably be shut sooner than later too if they are driving the traffic to the Costco site, if you excuse the pun.

I think I’ll be too busy tomorrow morning with the little ones etc to get down there to get some pictures of the line up if there is one.

There is alot of traffic around at that time of the morning too and it gets worse leading up into school drop off time as Northpine Christian College is in that area too.

They have just changed the off ramp in the last days coming through from Brisbane to the Sunshine Coast to one lane and when I came off the highway today the traffic was banked up already out onto the highway so there is potential for mayhem leading into the grand opening on the 29th of May.

*Look at my next Costco Brisbane update :: Costco North Lakes is open in Brisbane 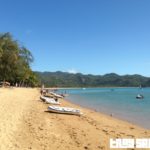 Magnetic Island is our destination for today and whole family is excited! This is Day 15 on our Outback Queensland Road Trip and we are in Townsville on our last days before heading home. We had … END_OF_DOCUMENT_TOKEN_TO_BE_REPLACED 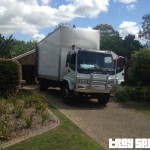 I/we just moved away from Brisbane to a little town West of Gladstone, so we had to find a moving company in Brisbane to help us move all our stuff up north. We had to find one pretty fast … END_OF_DOCUMENT_TOKEN_TO_BE_REPLACED