You are here: Home / Archives for Life

I had a comedic idea a few weeks back and thought I’d post on Twitter based on the book all the ladies are into at the moment “50 Shades of Grey” by E’L James (which is part of the “50 Shades Trilogy” I’m told and also “50 Shades Darker” has been released also).

It involved the great Australian cricket legend Richie Benaud and him writing and releasing a book called “50 Shades of Bone”, which is feasible and also a piss take / play on words on the Bone joke that runs through the 12th man series too.

Bone being Richie’s favourite colour of course and low and behold, who would tweet back to me, the great an himself (if it is him, I’m taking it though), anyway have a read through the banter that happened as it is very funny, also note I tried to catch the great man out by throwing in a curve ball which went undetected, the 1961 Second Test at Lords Richie didn’t actually play that day as he missed 2 matches due to injury, I thought the banter would of taken a different turn from then, but no, he proceeded to fill me in with the vision of “Always having a good night with Daphne”, also Jeff from the Wiggles pops up with his book too…. 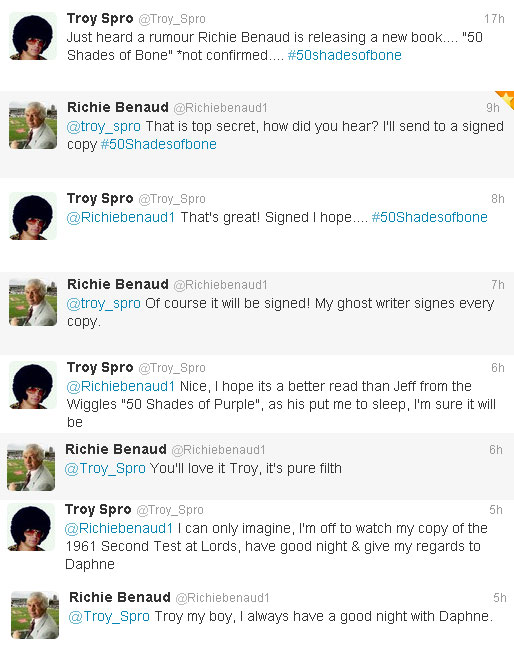 END_OF_DOCUMENT_TOKEN_TO_BE_REPLACED

I sat my CPR course today to renew my Electricians License for another 5 years (Which is standard for the Electricians in Australia).

I thought I’d write about it as it had changed since my last visit to the First Aid course.

I booked through Queensland First Aid through their online booking system too which was fantastic and they have many different CPR classes you can attend. 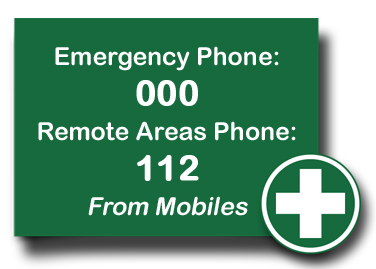