I thought I’d share this old man story from the other day when the family and I were at the local supermarket getting the groceries, hence the “Old man look at my life” title.

We were just walking into Woolworths and we had to go around an elderly gentleman on the way into the little gates that open automatically.

He was stationary and had one of those trolleys with two wheels on it that a lot of elderly do, I watched him as we went past because he was a pretty slow mover and I have a tendency to help old people out if they drop something or need something lifted etc, he was slowly going from pocket to pocket feeling for something.

First front pockets of jeans, then back, then pocket in shirt, then front pocket of the little trolley.

We had already entered the supermarket and I was still hawking him and said to the hugs n kisses “I bet he has misplaced his wallet, I hope it wasn’t stolen the poor bugger”, we started to feel sorry for him then as we had hit the fruit section and were starting to get vegetables and fruit, both of us were looking, well, more me looking and keeping an eye on things.

I was thinking to myself, should I go and ask if he is alright? Does he need a hand? How is he going to get home, did he come on the bus and now he will be stranded etc etc.

There were a fair few questions running around in my head. 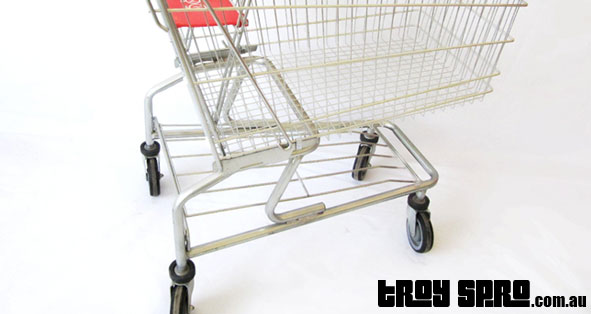 My next thought is, as he was going through his trolley now again and I had witnessed a few more look and feels through the pockets, to go and ask him if he is ok, he has been there for a while and he has definitely lost his wallet.

I mean, why would someone stand in front of a supermarket, go through all their pockets and trolley numerous times, it had to be the wallet missing or stolen, I’ve heard of this happening a lot.

I refrained and we carried on shopping for a little while, I looked back a few times more, yes indeed, still looking.

Then came the Einstein moment…

I turned around to see him blowing his nose.

He was looking for his hanky for the whole time, about 15 minutes I reckon.

I told the hugs n kisses and we just laughed and continued to talk about it for the rest of the shopping.

Further to this he proceeded to slowly lift his two wheeled trolley into the shopping trolley he had and attach it to the back where the seat was so it would fall over, then he started his shopping.

Other than a bit of a giggle, is there a life lesson in this other than to know where your hanky is at all times, I’m guessing there is plenty, old man look at my life, I’m a lot like you were…. 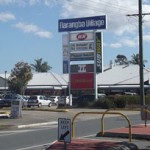 This is our local pizza shop and it is the first time we have been there to use after just shifting into the area. I had a quick look on reviews through google to see if there was anything I had to … END_OF_DOCUMENT_TOKEN_TO_BE_REPLACED 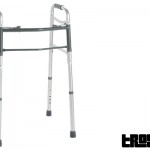 I have just transitioned out of a sales role I had for near on a decade and gone into a new sales role in a different area, this change has only just made me realise, after speaking to a few friends … END_OF_DOCUMENT_TOKEN_TO_BE_REPLACED