About 2 and a half years ago I first heard about baby led weaning.

It was at a typical child health mother’s group that I was attending with my second baby.

The nurse put a video on about this new program that supports introduction of solids to babies.

As an experienced Speech Pathologist who has spent many hours supporting babies and children with feeding and mealtime issues, I was surprised that I had never heard of this program before.

As I watched the dvd I realised that the idea wasn’t an entirely new concept for me with my professional experience.

However I hadn’t ever considered using this concept to support my own babies transitioning to solids.

So what’s the difference between traditional methods of introducing solids and baby led weaning?

Just how it sounds I guess. 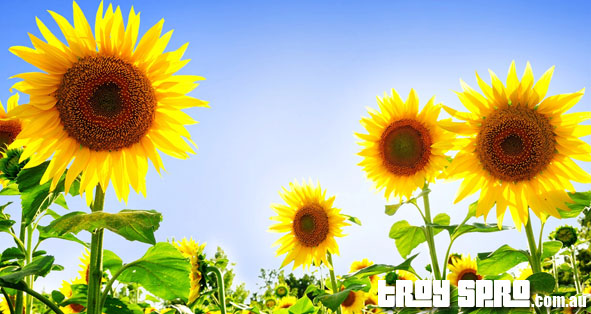 Traditional methods are all about the spoon and moving from purees to mashed to lumps to finger foods.

The parent decides how much “baby food” to give the baby, what utensils to use, when to introduce a new texture and essentially the entire process is determined by the parent…the baby doesn’t have a lot of influence over the weaning process.

In my experience and in talking about this topic with countless other mums, these traditional methods work really well for most babies and their parents and the end result is a content, healthy, growing and well-nourished baby.

But just like most things in life there are always a few who buck the system, who require something different to achieve the results others achieve.

I was quick to find out that to my delight my third little bundle of joy was one of these individuals.

At 6 months of age, Matilda was more than ready to start on food other than breast milk.

She had well-developed oral skills (like being able to make numerous different speech sounds and starting to string these together, making other non-speech sounds like blowing raspberries and clicking with her tongue, she used her tongue and mouth in general to explore her environment and loved mouthing anything she could get her hands on, her early suckling reflex had disappeared and she was able to interact with her fingers and toys in other ways other than just sucking).

She was also interested in food when other family members were eating and her physical skills were at a level that supported moving to begin solids, i.e. she was sitting independently.

After purchasing the must-have rice cereal/farex, I found the flat, soft Heinz spoon in the draw, and mixed up a small amount to try with Matilda.

I knew that the first few trials with a spoon can sometimes be tricky, and often the baby doesn’t actually swallow much food for the first week.

Although a baby can be completely ready to start on spoon-feeding, it takes even the cleverest babies a few trials to develop a new oral movement pattern and accept a spoon and successfully swallow what is on it.

As I had already transitioned two previous children to solids I knew the first week can be challenging, however, Matilda was another story.

Right from the beginning she disliked the idea of me feeding her from a spoon. Interestingly, she loves to chew on plastic spoons without food on them and when she has control of them.

During the very first trial and during subsequent trials Matilda would stick her tongue out with force and clamp her lips around it so there was no way I could place a spoon in her mouth.

Other behaviours included arching her back, turning her head, making noises of complaint and using her hands to push the spoon away.

This of course stressed me out. Natural instinct says “my baby needs to eat to be healthy, so I need to make sure she gets the food she needs”.

How do you do that if she is rejecting what you know works?

I was very much tempted to force the spoon in, thinking that if she could just have a few successes she’ll get over these behaviours and we’ll both be able to enjoy the experience.

I tried a range of spoons and then tried a few different syringes.

When I was able to get a little purée in she would work it out of her mouth with amazing skill!

After about a week of this I decided that what was going on wasn’t normal and I needed to try something very different.

I then remembered that dvd I had watched a few years ago and remembered trialling a few things with my son.

He had been easy to transition to solids and although I did try to embrace some of the baby led weaning program, he did respond very well to the traditional method of transitioning to solids and so we stuck with that for the most part during his infancy.

I had a quick look around Google, but couldn’t find too much that really supported my quest and decided to use the concepts discussed in some websites, but essentially do my own thing, and by that I mean trying whatever I needed to and building on whatever success we had by doing more of the thing that bought us success.

It’s the old strengths-based practice approach…build on your strengths, don’t try to change your weaknesses. 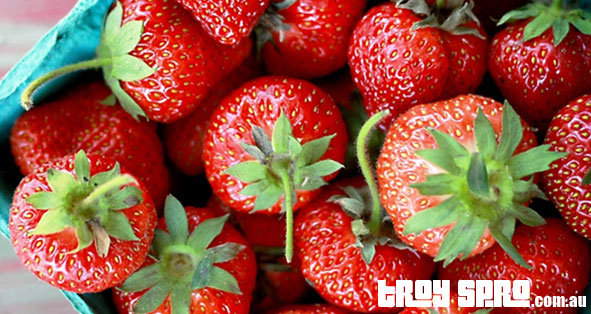 I started with well-ripened pear, mostly because I was nervous about giving an infant what could potentially be a choking hazard, but you can introduce whatever food you want first.

Matilda put it to her mouth immediately, and although she didn’t swallow a lot in the first few sessions of trialling, she was at least happy to place the pear back in her mouth many times over…finally a win!

I slowly introduced more finger foods, including a range of vege and fruit sticks, rusks and toast sticks.

I think for me the concept that must be upheld during the transition is let your baby have complete control about what they put in their mouth, how much they eat and when they are ready to finish.

Once you put the food on their tray you leave it with them to manage.

I would of course pick food up that Matilda dropped on the table (we used a Bumbo with play tray as this was way more supportive for this concept than a typical high chair).

I would hold sticks of food up next to her hand because sometimes it was too difficult for her to pick up the slippery fruit stick without some help.

But she always initiated taking the food from my hand, not the other way around.

Matilda is still not entirely sure about the wet, mushy foods like pear and stewed apple, and she will always take the toast as her first option, when it’s available.

One trick that I use is to mush foods like banana or avocado onto the toast, and she doesn’t mind this. I know I’m cheating a little with that one!

I guess the other thing to be aware of is your baby’s iron intake between the ages of 6 – 18 months. Breast milk no longer sustains their iron needs and therefore they require iron-rich foods to support their increased need for iron during this growth stage.

Cereals enriched with iron, like farex, red meat and beans/legumes are the best source of iron that we can offer babies.

This was something that I really needed to consider while using baby led weaning and also being vegetarian.

Without the use of a spoon, cereals are difficult to offer.

As vegetarians we didn’t want to offer a piece of well cooked meat either.

After discussing this dilemma with the Paediatrician, he suggested the vegetables enriched with iron such as broccoli, spinach and beans.

I’m yet to try the spinach and beans as they will probably be quite difficult to hold for a little one.

However, the broccoli was a hit!

The Paediatrician also discussed infant iron drops if I was concerned.

He said one drop a day or every two days should be enough, and to make sure that I bought the drops without the added vitamins as this would reduce the amount of iron that Matilda would actually get.

I haven’t bought any yet, but will consider the purchase if Matilda doesn’t go for the beans and legumes I offer her over the next couple of weeks.

So to conclude, although Matilda isn’t breaking any records at the moment with her eating, she is happy to try new foods and continues to get excited when she knows it’s time for a meal.

I’m no longer feeling stressed about her rejecting the spoon, and figure she’ll eventually be ok with it, and if not with me feeding her, at least with her feeding herself with it.

We continue to trial the spoon now and again, but there is no forcing, just offering.

She’s happy, she’s developing well in all areas and she loves her eating time.

Baby led weaning doesn’t have to be for all families, I probably wouldn’t be using it like this if I didn’t have to.

But it has certainly worked well for us when nothing else was going as expected or planned.

If you are having difficulties with introducing solids I would certainly encourage you to discuss your situation with a child health nurse, your GP, if they have a knowledge in the area, with your Paediatrician if you have one, or with a Speech Pathologist who is experienced in infant feeding in your area. 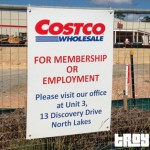 I've been back to have a look at the Costco construction again for the week early this morning, the good thing is I haven't been asked to stop taking pictures from any of the tradesmen around so … END_OF_DOCUMENT_TOKEN_TO_BE_REPLACED 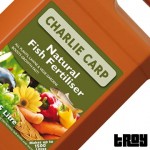 Today I gave the rest of the gardens a good dosing of Charlie Carp organic fertiliser. I had done the back garden and lawn yesterday and can still smell the fishy smell everywhere. So I did the … END_OF_DOCUMENT_TOKEN_TO_BE_REPLACED