You are here: Home / Life / House / Changing washers in your house taps

Changing washers on a few taps around the house looked like an easy enough job, especially coming from an electrical background and being a self sufficient Kiwi that enjoys the simple life, I thought it would be easy, I have to tell you the actual job was the easy part, but the age of our house and taps was the defining time taking point in the whole process of fixing the leaks. 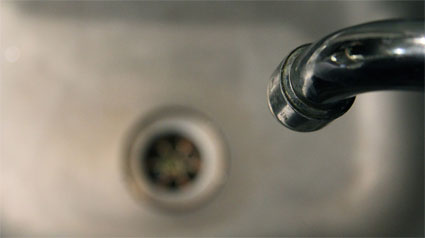 First step was motivation, coffee in, check, washers laid out, which is my first point, don’t be too keen as I was and load up on some washers from the Hardware Store that you think will fit, if you have time, pull apart the taps and see what washers and parts you really will use, at least I’ll be able to use these washers on the outside taps if needed as my kids are starting to use the taps outside and some of these are hard to turn off, probably from over tightening in the past.

Secondly turn the water off at the front of the house, houses in North Brisbane have their water meters at the front of the house usually in a garden and hidden amongst plants like ours, I recently had to spray the water meter handle as it had frozen, I used WD40 for this gave it a few sprays and wiggled it loose, left it for a while and repeated, now I can use my hand to turn it on and off.

I had three taps to look at and found out all of them were different and none of them used the washers I had bought to replace.

The wash house tap was first and it is wall mounted, I turned tap on to make sure water was drained, popped off the plug in the top of the tap with a screw driver, pulled off the plastic tap and the spring loaded tap stem cover and then had a look.

The tiles weren’t cut that well behind the cover so I could get a decent grip on the tap to get it off to see the washer and also it was very tight, I sprayed some WD40 onto it and carried on to start the next tap.

The taps in the bathrooms I had to do, so I found out didn’t have the washers I bought either, I got these off and found they both were quarter turn ceramic cartridges and these can be replaced too, I think I will have to do this now as you will find out as I carry on writing.

The seals had gone on these taps too, I found out that there is about six reasons your taps leak.

• Washers.
• Ceramic cartridges have worn.
• Fibre Washer is worn.
• The seats of the tap have worn.
• A few other reasons like grime and residue build up.

Anyway, long story short and a few trips down to the Hardware store, I bought some Fibre Washers and also some different washers again after taking off the tap in the wash house, which by the way I found out has a different setup in each tap, one of the washers in one of the taps none of the guys at the Hardware store had seen, ever, I tried a few things out and in the end I swapped the old washer around from the cold tap to the hot tap and vice versa, replaced the Fibre washer in both and it has stopped the leaks, go figure, the cold water tap had an old/old/old washer in it which they don’t manufacture anymore, its height is different to anything around, I might have to visit a few 2nd hand joints and see if they have any, I can vaguely remember a plumber I used to know telling me this as when we were wiring renovation houses and he was replacing old taps with new he would always keep the old slim washers off the old taps.

The bathroom taps after replacing the fibre washers and cleaning out are still dripping but not as much, future project will be;

• Turn water off.
• Replace Fibre Washers on bathroom taps, both hot and cold.
• Clean out residue.
• Replace the ceramic cartridges in both offending taps.

Changing the washers on a few taps seemed like an easy task and may have been 20 years ago when the taps were first installed in our house, but to an electrician trying to stop a few leaks around the house it takes on a whole different experience, especially when you don’t have a van of spare parts like a plumber would have, I’ll keep you up dated.

We have had a bit of a relapse with the leak in the wash house taps, the drip come back from a bit of over tightening during the week and slowly ended up getting worse until there was a constant flow.

So I shot down to Bunnings last night, as I know the one in Morayfield opening hours cover until 9pm most nights, to have a look at their range of wash house tap washers as the local hardware store was limited in their range and didn’t have the old slimline ones.

To my surprise they had the one I needed and wanted originally and two of them cost four dollars.

To cut a long washer story short, I got good advice for the other cartridge tap washer changes, so before I spend the bucks I can try a few more things and I also got the washers to fix my taps, if I had of went there first I would have save myself a few more dollars and time too, but at least now I know alot more about taps in general and most importantly, stopping leaks in taps in the house.

So a few more to do and the washers I have already bought prior can be used on the outside taps if they leak.

Now you should know the TV ad, that is the one pretty much that has been on TV for the last few years “Lucky, your with AAMI”, well we are with AAMI and I can tell you lucky I rung them a couple of … END_OF_DOCUMENT_TOKEN_TO_BE_REPLACED 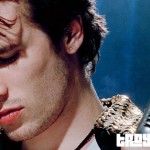 I’d just like to start with saying that I’ve mentioned Leonard Cohen above as he wrote Hallelujah originally back in 1984, it is a very different version to the one I heard first which was the Jeff … END_OF_DOCUMENT_TOKEN_TO_BE_REPLACED