Noun : An activity involving physical exertion and skill in which an individual or team competes against another or others.

Baseball is a sport played in many countries with the biggest baseball league in the world being in the U.S.A, here below I’ll try and give you a brief and relatively easy to understand explanation of game that has been around since the early 1300’s it is said, I have followed baseball since I was very young as a sport and played a few variations of it during school too

Baseball first beginnings was said to be possibly French in origin although this maybe only because they were first to document such sporting events, also another theory was baseball evolved from rounders which was played in Great Britain and Ireland , this later history of baseball was proven reasonably recently in a book by David Block.

He found early references to baseball in Britain in the 1700’s and also early recordings of bass ball (Correct spelling back then) where the Prince of Wales played.

The game in its earliest forms was then brought to North America by English immigrants through the late 1700’s. 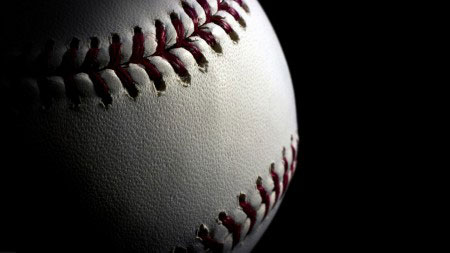 The 1800’s saw variations of baseball being played throughout North America and throughout this century the game in many forms grew in popularity, the first recognised officially recorded baseball game took place in 1846 between the New York Nine and the Knickerbockers with the Knickerbocker Rules used that were being developed over the year before and then these rules formed the basis of the modern day baseball rules.

In 1850 baseball hit the big time, mainly in the area of New York, by 1857 there were 16 clubs in this area and by 1858 they were starting to charge for entry to the all star games that were happening.

From these beginnings onwards, baseball in the U.S.A has gone from strength to strength and ended up where it is today, like other sports, baseball has still had its ups and downs and rule changes over the years but it still sits today as a massive sport in America and more recently around the rest of the world too.

Also note that baseball is an Olympic sport too, which is a testament to its worldwide appeal as a sport, so there are many different countries playing this great game.

A simple explanation of Baseball ::

Here is a simple explanation of how baseball works, it is hard to put so much information into such a small explanation, so I have kept it very simple, the best way to learn about a sport, like any sport, is to watch it.

Baseball is a game that uses a bat and a ball and is played between two teams of nine players who take turns batting and fielding with the object of scoring more runs than the other team.

A game is made up of 9 innings which means each team gets 9 times batting and 9 times fielding with the team scoring the most runs winning the game.

It is played on a triangle shaped field with a diamond nestled into one corner of this triangle, there are four bases with bases being numbered one to three and also a home base where the batter stands to hit the ball with a catcher and umpire behind them.

The batting team attempts to hit the ball thrown at them from the pitcher who is in the fielding team with the point of rounding the bases to score a run.

The batter gets 3 strikes and 4 balls to get their bat onto the ball, a strike is a swing and a miss or the ball passing through over the base without the batter swinging, a ball is a pitch thrown outside of the hit zone, so either outside the home base or too high or low.

The object of the fielding team starts with the pitcher trying not to let the batter hit the ball and if then the ball is hit, to prevent the batter running around a series of four bases to score a run.

The bat is the hitting tool of baseball and it used to hit the ball, it is made traditionally of a solid piece of wood, although there have been many other materials used over the years too.

The ball that is used in baseball is around 23cm in circumference and has a rubber or cork centre covered in cowhide leather and completed with red stitching.

This is a very simply put explanation of the game of baseball, like I have said above, the best way to get a grasp of what is happening in a game is to watch.

How long does a Baseball game go for ::

How long a baseball game goes for or how long does a baseball game last is like asking how long is a piece of string, you can’t really give an exact time or length as it depends on so many things.

A rough estimate and rule of thumb if you have to hire a baby sitter because you want to catch a game or you want to take that amount of time off work to watch baseball on TV would be around the 2 and a half to three hour mark.

This is quite a long stretch, so if you are partaking in a little amber fluid while watching it would probably be wise to pace yourself, the lower grade games tend to take a little less time but the MLB games are so close generally and like a chess game they can take a while to produce an out and for the teams to swap from the field into batting etc.

How big is a Baseball Field ::

The baseball field, diamond, ball park or whatever you may call it is regulated in size and so when you reach that high level the fields are all required to be the same regulated dimensions, especially when it comes to diamond measurements.

The diamond if you take the home plate as your starting point is one corner of a 27.43m (90 foot) square.

As you can see from the picture the foul lines follow the lines of the diamond out into the outfield to complete the baseball field.

What are the player’s positions in Baseball ::

There are 9 players on each team in baseball and they all serve a different role in the team, there are specialists in positions too and also all rounder’s as well who can play many different positions.

The 9 fielding positions in baseball are;

Everyone bats in a baseball team but there are also sub roles within a team too, these include;

Other roles in teams as well are important, manager, coaches, trainers, equipment manager, general manager, bat boy, team doctor, mascot, team statistician and more make up the modern day baseball team, when a team wins it certainly is a mixture of all of the above working as a team.

Where is Baseball played ::

Baseball is played around the world in many different countries, even though it is known as America’s game.

So there are Major Leagues all around the world, the American league for baseball is called the MLB or Major League Baseball and it is classed as the holy grail or the epitome of the sport.

It has also recently been included and also dropped from the Olympics, to even be considered as a sport for the Olympics shows that baseball is truly an international sport.

So there is my take on this great game, I have watched a fair amount of baseball over the years on TV and also have played a little through school too growing up.

There is more to this sport than what I have written about and it is certainly a sport that can change very fast, which is exciting, your team can be ahead and with a few home runs you can be down and out and on the way home.

The spectacle that is MLB in the U.S.A is fun to watch and we here have a baseball league in Australia that has been going for a few years now.

So if you like watching sports, give baseball a go and enjoy!

If you already play baseball and are looking at improving your performance, have a look at my eating for sports series which includes Nutrition for Baseball. 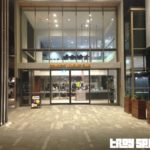 This was our last night on our Outback Queensland Road Trip and we are visiting the Cowboys Leagues Club. The main point of visiting the club is to see the NRL Trophy because my wife is a mad fan of … END_OF_DOCUMENT_TOKEN_TO_BE_REPLACED 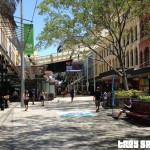 This is Part 3 of the series of pictures I took when we went in for a day to the G20 Brisbane City. As you will notice from the past G20 pictures and these ones below is that there wasn't many … END_OF_DOCUMENT_TOKEN_TO_BE_REPLACED