You are here: Home / Life / House / What is Rugby League NRL?

Rugby League Football is played in many countries, here I’ll try and give you a brief and easy to understand explanation of this great game.

I have been a fan of Rugby League for many years now.

And I am still waiting for the NZ Warriors to win a premiership before I snuff it.

I haven’t played Rugby League myself, but as I said I’m a big fan.

Rugby League originated in England in 1895 as a split from the dominant code of Rugby Union and the split happened due to money.

The goal of the new code was to make it faster and different than its counterpart. This started happening as soon as the split happened. 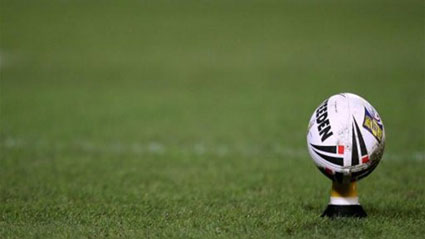 This split happened in England, Australia and New Zealand over the next decade.

Thus Rugby League was formed and has slowly morphed into the game we see today.

Rugby League is a professional sport and is played now in over 30 nations around the world with a Rugby League World Cup every 4 years. The benchmark for Rugby league is the NRL National Rugby League competition which is run in Australia.

A simple explanation of Rugby League

Rugby League is a game played between two teams on a rectangular grass field with H goal posts at each end.

The two teams have 13 players a side, also 4 reserves on the bench and coaching staff etc behind the scenes.

On the sideline too, these players are divided into backs and forwards.

The ball is oval and the way to win is to score more points than the opposition uncannily enough.

The carrying and passing of the ball is always behind the player or sideways.

So never forward as this isn’t allowed.

The tackle is complete when a players progress is stopped and they are put to the ground.

The ball is then raked back by the player’s foot and the play continues.

They have 5 (Six tackles) chances to do this before they have to kick or score and the opposition has a chance to get the ball.

As I said this is a very simple explanation indeed.

You don’t realise how involved Rugby League is until you try and explain it in a short amount of words!

How long does a Rugby League game go for?

A Rugby League game runs for two half’s of 40 minutes each.

So 80 minutes in total not including half time which is usually 10 minutes (see below).

The 80 minutes may go for a little longer depending on how many breaks there has been in the half.

These are injury breaks, fights (update – fighting has been banned now), stopping for kicks and the like.

How long does Half Time in a Rugby League game go for?

I mentioned above that a half of Rugby League runs for 10 minutes. That’s probably how long it lasts for when watching on TV. In reality the Rugby League Rules state in Section 7 of Timekeeping in Interval that “At halftime there shall be an interval of five minutes but this may be extended or reduced”.

How big is a Rugby League field?

The Rugby League field or pitch is a rectangular grass field that is roughly 68 metres wide and 100 metres long not including the in goal areas.

These can vary but generally are 6 to 11 metres in length.

What positions are there for players in Rugby League?

There are many positions in Rugby League and these are separated into forwards and backs.

Forwards are generally carrying a little more weight than the backs. In the modern game this has changed and the difference between backs and forwards in regards to conditioning, speed and strength has narrowed somewhat.

There always has and always will be a battle between the backs and forwards in regards to who is the most important player in the team. They are all pretty important at the end of the day.

Each position below has a role to play if the team is to win.

The numbering of the positions is standard and corresponds to the player’s position on the field.

What is the NRL National Rugby League?

I watch the NRL and follow my team which is the NZ Warriors and my wife is a North Queensland Cowboys fan.

There are 16 teams in the NRL and it is regarded as the best Rugby League competition in the world.

The NRL grew from NSW Rugby League into what it is today and it is ever evolving.

The competition started in 1908 and has only ran into problems in 1997 with the Super League coming to town.

At the moment there are teams in Sydney and Newcastle in New South Wales, Brisbane, Townsville and the Gold Coast in Queensland and a team in New Zealand and one team in Melbourne, Victoria.

The teams play matches throughout the season and the team that wins the most games becomes the minor premiers.

Then they go on to compete against the other teams in the top 8 to win the NRL Premiership for the year.

The matches in the NRL are played from February until October with the NRL Grand Final being played at this time.

So, there you go, this is my take on this great game.

Like I have said it’s a simple explanation of a hard contact sport with lots of rules.

I’m sure if you are a complete beginner and have no experience with Rugby League, this will be enough for you to get a general feel for the rules and what Rugby League is about.

So watch a game on TV, at the moment Rugby League is televised on free TV on Thursday, Friday, Sunday, sometimes on Monday and on Pay TV on Saturday.

So there is plenty of opportunity to enjoy this great, action packed, fast paced game. 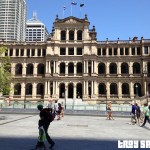 After having our vegetarian meal in the Myer Centre on the G20 Brisbane weekend it was time to head off up the Queen Street Mall towards the Treasury Casino and the Victoria Bridge. There certainly … END_OF_DOCUMENT_TOKEN_TO_BE_REPLACED

Here is the last lot of pictures from the Coscto opening here at North Lakes in Brisbane. The good thing about this is that I finally get to move on from Costco in regards to writing as it … END_OF_DOCUMENT_TOKEN_TO_BE_REPLACED