Here is the last lot of pictures from the Coscto opening here at North Lakes in Brisbane.

The good thing about this is that I finally get to move on from Costco in regards to writing as it certainly has been all consuming for a while, in a good way though as I have enjoyed following something that is local to me.

But I certainly have been stacking up ready for writing other things we have been up to in and around our Narangba area and Brisbane generally.

You can go back to where Costco started for me here, Costco North Lakes.

Below are the big fans that are on the ceiling of the building, I thought I’d snap a shot as I have seen these around the place in schools and in other big warehouses, they certainly are massive fans and in smaller buildings you can feel the air moving.

I’d say they would have to be about 4 metre long blades at least. 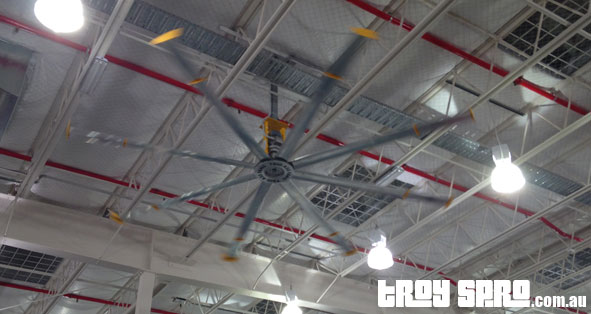 Below is the Costco checkouts, as you can see there is plenty of these and you get through them pretty fast too.

There is two workers on each checkout most of the time, one who scans and takes the cash and another assistant that helps with the shopping trolley and also what you have bought.

When you approach the check out, you go one way and your trolley goes the other so keep an eye out for the sign at the end of the checkout and it won’t be too confusing.

They don’t give you bags to put things in, it’s Costco and the items generally are in bulk and to big to load up into bags, but there is or have been boxes down the end of the check out area if you need them, but generally most just walk their trolley to their car and unload.

I saying this, at the end of the day the shopping trolley’s are everywhere in the general Costco area, on the sidewalks hundreds of meters away if not in next suburbs as we saw people taking the trolley’s across the road at the main intersection to go home. 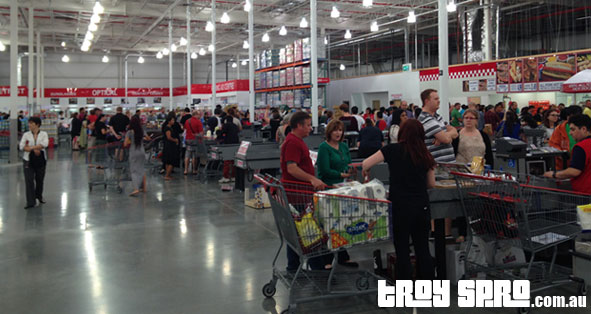 Here is the main food area where both times I have been into Costco North Lakes it has been full and over flowing with not a seat left.

Even the hot dogs were sold out by the Sunday after the Costco opening on Thursday.

With the stock they bring into this place and have I wonder if it was a bun issue or a hot dog issue that caused all the customers to miss out on their favourite Costco snack on the way out to the car park.

There was still a lot to choose from here although we didn’t stop, I think we may when things settle down and it is less mayhem in the food area. 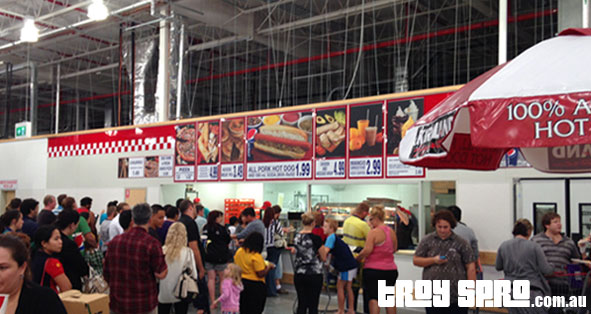 A picture of the Costco Tyre Centre is below, you walk past this on the way out. 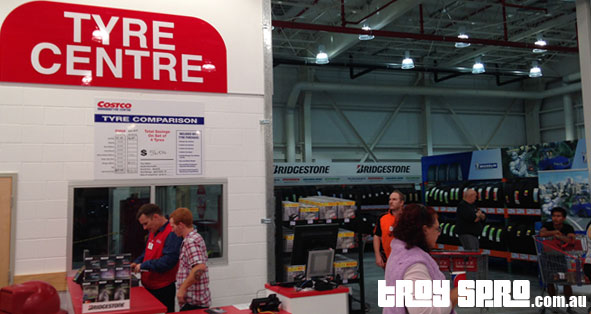 On the left hand side after the tyre centre you have another membership booth with all the computers and cards ready for you to sign up and get your card.

This one was open and only minimally manned as you can see the temporary Costco membership office is outside still due to the volume of people.

On the opening day the lines were very long from other pictures I have seen, when we got in though the crowd had settled only a little in regards to signing up for membership. 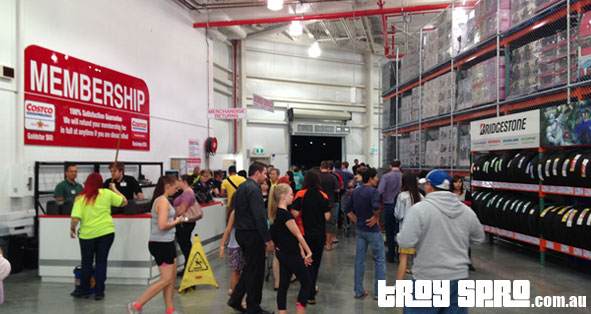 Below is another look at what greets you when you get in the door at Costco North Lakes.

A shoppers dream horizon awaits you upon entry at Brisbane’s first Costco here at North Lakes. 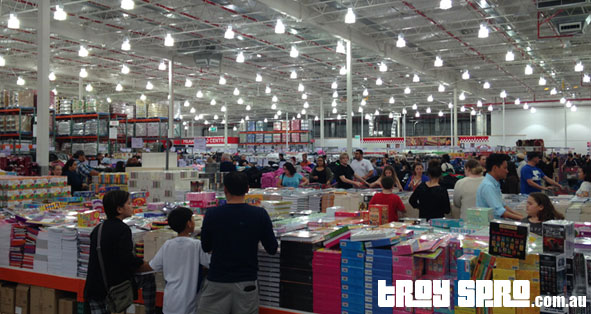 Below is the temporary memebership office outside, with a short while until closing on that first day it was surprising to see so many people still signing up let alone the volume of people actually inside shopping. 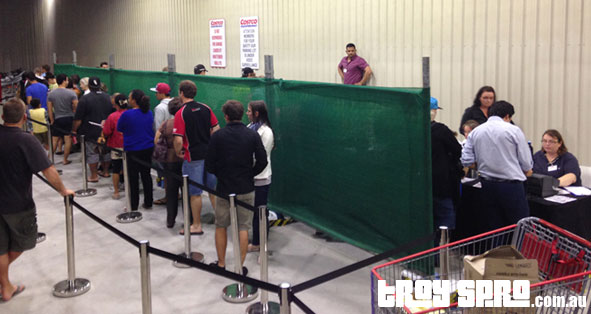 A night picture of the Costco Gasoline Station at one end of Costco North Lakes, I have heard too that it’s not only the petrol that is cheap at Costco the diesel is very well priced too.

I haven’t got a diesel car so I wouldn’t know, but a person I work with told me this Costco diesel trivia fact yesterday. 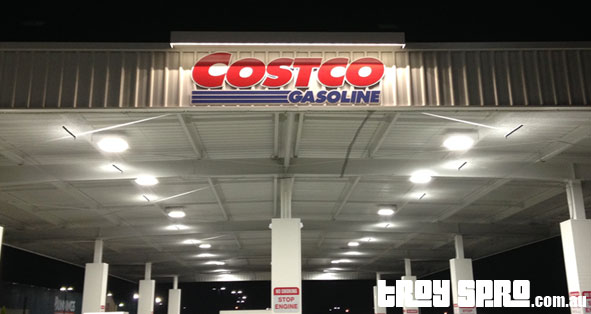 Down the dispatch end this time, so still the same end as the Costco petrol station is the goods delivery area. 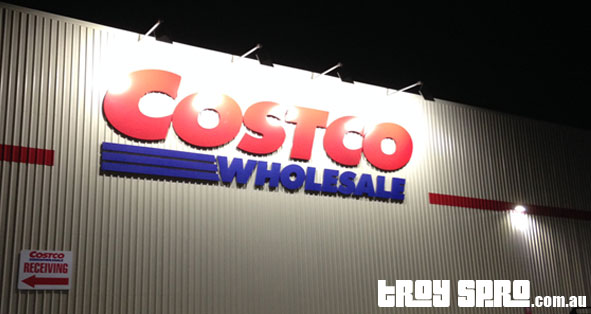 Brisbane’s first Costco at North Lakes is open and ready to receive your business now and in the future. 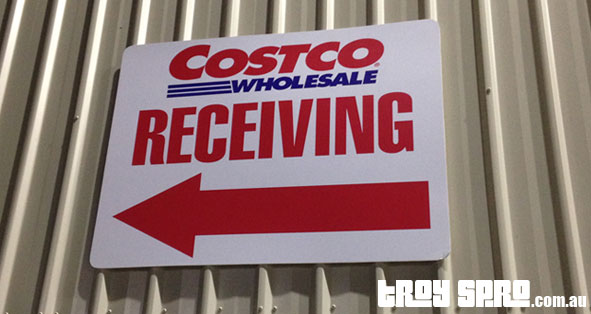 Below is the final picture and look at the Costco opening before I headed into the car park and drove out of there into the traffic that was still swarming into and out of there. 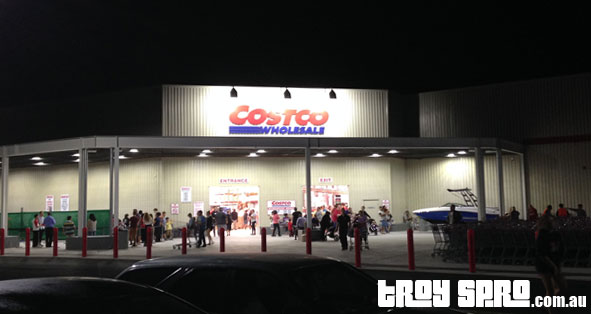 I have to say that after the Costco opening and finally reaching the opening to take pictures and write about it, it has truly been a good experience so far.

The frenzied build up, the negative press cancelled out by great press and word of mouth, going down and taking pictures most weeks of the construction, reading articles, keeping up to date with Facebook posts and then finally after getting a membership card and walking into the place and being able to shop, look and see.

I have to say, thanks Costco for the wonderful experience and I hope it is the experience that keeps on giving for many years to come.

My life is complete now after the Costco opening….

Go back to where it all started Costco coming to Brisbane

Free parking in Brisbane City is on offer over the weekend in two of the Brisbane City Councils car parks. The two car parks are King George Square carpark and also the Wickham Terrace … END_OF_DOCUMENT_TOKEN_TO_BE_REPLACED 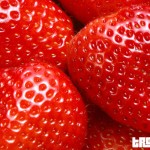 The Bride visited a Hotel here in Brisbane today for the break up of a group she is involved with that helps out young mothers, she is a vegetarian and ordered accordingly and waited for her meal to … END_OF_DOCUMENT_TOKEN_TO_BE_REPLACED