You are here: Home / Life / House / How to fix your Beeping Smoke Alarms

There is nothing more annoying in the middle of the night than beeping smoke alarms.

Some call it chirping, I still call it beeping.

I have had a few of these offenders interrupting my sleep over the years, just had another one this morning.

So I thought I’d write about it for you.

Now there are usually a few things that can happen to a smoke alarm from my personal experience that will have them making noise.

I have had them going off in the middle of the night when it is hot and humid.

There’s been the standard setting off the smoke alarm with the smoke from making toast.

And the beeping smoke alarms that just give out a quick shrill chirp to let you know they are still there and that you need to pay them some attention. 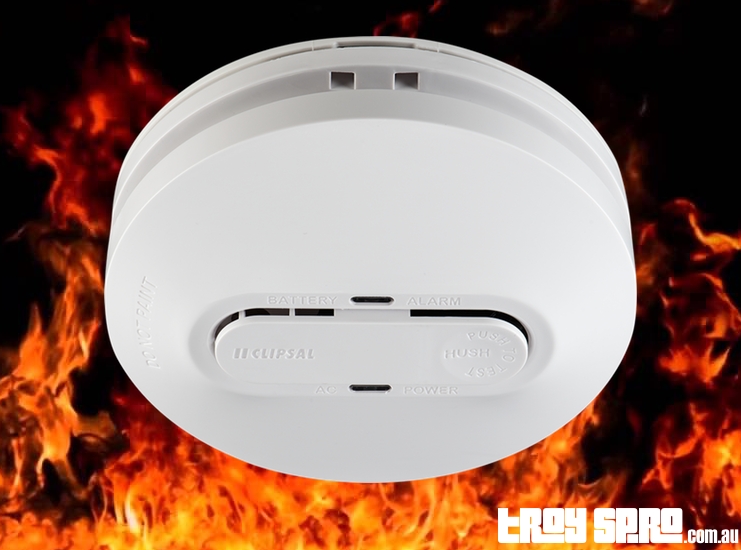 So there is a big difference between the beeping smoke alarms and a smoke alarm that is going off.

If your smoke alarm goes off, you better go and have a look whats going on!

If it is just beeping smoke alarms in your house, it may not be so sinister.

The beeping usually means that it is time to replace the battery in your smoke alarm.

If you have dual powered smoke alarm that has been hard wired, as well as having a battery back up, it can also mean that your mains power maybe off or even just that circuit.

There is live electricity behind the alarm on the dual powered smoke alarms, so be aware and it maybe not a good idea to have a fiddle if you are unsure.

So there are a few things to look at.

Most brands just twist off their base which is attached to the ceiling with a few screws.

For this type, put your hand on the smoke alarm and twist anti-clockwise or to the left if you are unsure about this term.

Have a look at the back of the smoke alarm cover you have just taken off.

You will generally see some kind of cover over the battery that just lifts off or unclips on a hinge.

Also there are different types where there are 3 plastic clips holding the battery in.

Take the flat battery out, it will either be just sitting in there or clipped in depending on the brand of smoke alarm.

Make sure you have the positive and negative terminals on the battery around the right way and slot the new battery in.

You may get a few more beeps before the alarm settles down into the new battery, so be patient.

Then just reattach back to the base and you are ready to go back to bed!

There are or were smoke alarms that slot into their base and don’t twist off, so they come off in a forward pulling motion.

And there is also the flip top lid which just hinges from one side.

So if the top won’t twist off you may have one of these.

Note, if you are getting up in the middle of the night to look at beeping smoke alarms they won’t stop beeping just by taking out the battery.

They will continue to beep for a time after to let you know they aren’t working properly.

So you need to have a few spare 9 volt batteries around just in case a few go at the same time.

If you are unsure there are plenty of companies that will come around, check, test, and replace the alarms for you.

Especially if you have AC/DC smoke alarms.

And with rules and regulations regarding smoke alarms and the types that are required in your house to be safe.

It is better to be on the front foot in-regards to type and also the age of the smoke alarms.

If in doubt, ask someone.

So I hope this has helped you out with a common problem of fixing beeping smoke alarms.

Remember, don’t be a twirp, replace the battery if it chirps! 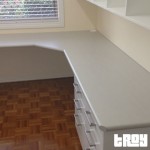 The office renovations at our home in Brisbane have been completed and I am sitting in the desk chair now typing this in a brand spanking new office layout. I thought I’d better write about the … END_OF_DOCUMENT_TOKEN_TO_BE_REPLACED 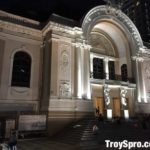 We had been planning to visit the Municipal Theatre Ho Chi Minh City while we are here in Vietnam, either to have a look through or to see the A O Show by Lune Productions. So it was great timing … END_OF_DOCUMENT_TOKEN_TO_BE_REPLACED